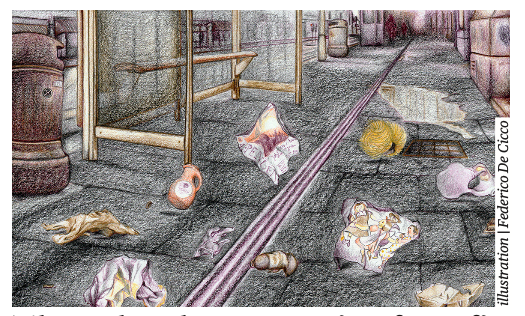 The relentless pursuit of profit

The other day I noticed some Lego kits in a shop window showing Arctic landscapes that included a mini Lego figure drilling into the ice, industrial vehicles and ice cutters. I was shocked. What do we want to tell our children about the Arctic? Perhaps about biodiversity, wildlife, Indigenous people, and maybe that the ice caps are melting because of human activity? So why would Lego create a theme that appears to focus on the industrial extraction of the Arctic?

I vaguely recalled a campaign against an oil company partnering with Lego and looked it up. In 2014 the environmental campaign group Greenpeace campaigned for Lego to break a deal (valued at $116 million) with the oil company Shell because Shell had announced plans to drill in the Arctic. At first the Lego executive said that the matter was between Shell and Greenpeace, but in October that year Lego announced that they would not renew their current contract with Shell. Then in October 2015 Shell announced that it was giving up drilling for oil in the Alaskan Arctic, with The Guardian newspaper reporting, ‘Privately, senior executives concede that the protests had a bigger impact than expected, and damaged the company’s reputation.’

Under the capitalist system, companies have to make profit and this relentless pursuit of profit leads to them continuously push back legal, social and sustainability boundaries to steal a chase on each other. Decisions that impact humankind and the planet are being made by a tiny minority. In such conditions, true democracy cannot work. Environmental campaigns can expose and challenge the profit system with a view to ultimately getting rid of it, for example by making big bold demands that go beyond the written and unwritten rules of capitalism, such as: demanding that companies make information about their contracts public, demanding that they break deals, and calling on industry unions to develop and campaign for programs that move away from unsustainable extraction and production, without the loss of jobs.