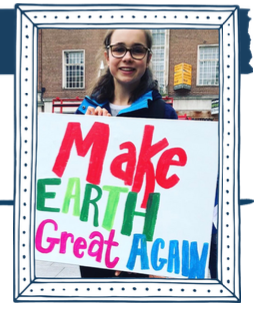 Palm Oil: The Good, the Bad and the Ugly

The words ‘palm oil’ make my heart drop. This usually occurs when I help do the weekly grocery shop. For some years I was aware of palm oil’s impact on our environment, but it’s only in the last eighteen months that the scale of the problem has hit home.

Derived from the fruit of the African Palm plant, palm oil naturally grows in sub-tropical regions. From biscuits to lipstick and bread to shampoo, it is one of the most versatile oils in the world. Due to its high melting point the oil provides a variable consistency making it incredibly useful.

The Bad & the Ugly

With palm oil making up thirty- eight percent of the global oil supply, huge areas of land and rainforests are being destroyed in order to grow the crop and meet the global demand. The practice of deforestation has both devastating effects on biodiversity and animal species population, with many not just losing their homes but also being burned alive. For example, the orangutan, with whom we share 96.4% of our DNA, has lost eighty percent of its habitat in the last twenty years due to land-clearing for palm oil plantations.

Ranking among the top four worst industries for forced and child labour, palm oil production also causes thousands of people to lose their homes and livelihoods due to the destruction of land.

So what can we do?

Check the label. If it’s there, put it back on the shelf. The way to tackle big business is to ‘hit them in the pocket’. With sales decreasing this will force companies to look for better alternatives – and many are already doing so. It’s easy to be fooled, as palm oil can be labelled as many as twenty-five different scientific names. These include: Elaeis guineensis, Palmolein and ‘vegetable oils’ (often a mixture of different oils containing palm oil). So remember to look closely!