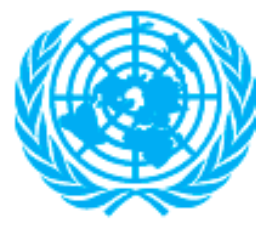 ‘We must all work harder to repair the fissures and polarization that are so prevalent in our societies today. We must nurture mutual understanding and invest in making diversity a success. And we must counter and reject political figures who exploit differences for electoral gain.’

The 21st of March is the United Nations’ International Day for the Elimination of Racial Discrimination. It is an important date on the calendar for those of us who understand that increased racism will be one outcome of climate breakdown. Everywhere, the climate and ecological crisis will disproportionately affect communities of colour.

According to a recent study by Cornell University, 1.4 billion people could be forced to leave their homes by 2060 and this number could rise to two billion by 2100.

Extreme weather events are already devastating communities. In 2016, ‘weather-related sudden- onset hazards’, such as cyclones and floods displaced around 23.5 million people. In the first half of the year 2019, million people were internally displaced by such weather events, according to the Internal Displacement Monitoring Centre. This is a record number, and it’s twice as big as the number of people displaced by violence and conflicts.

In central America, desperate Campesinos are migrating north due to the collapse of agriculture, especially coffee production. They are reaching the wall Trump is building on the border with Mexico. This is a wall of climate apartheid, designed to keep out the victims of climate breakdown.

When Hurricane Dorian struck the Bahamas last year, it was left to a cruise ship to pick up the survivors. When Trump falsely claimed that Dorian would make landfall in Alabama, this became the big media controversy, rather than the fact that he had prevented a cruise ship carrying survivors from disembarking in US ports.

We know that the hardest impacted victims will be in the Global South. Climate change is one of the factors driving migration from Africa and forcing people to make the perilous crossing across the Mediterranean. According to a recent NGO, there were over 34,000 documented refugee deaths in the Mediterranean as a result of Europe’s border regime.

The climate crisis doesn’t care about skin colour or borders. We invite you to join us between 12-4pm on the 21st of March in central London.