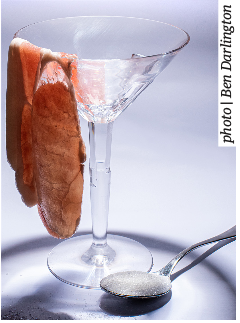 Researchers have found that consuming a western-style diet can damage brain function. Healthy volunteers in their 20s spent a week eating foods that were high in fat and added sugars, such as processed foods and ready meals. Volunteers scored worse on memory tests after the week-long diet.

Coronavirus, also called COVID-19, is a new illness that can affect your lungs. Symptoms are similar to cold or flu symptoms and include a cough, high temperature and shortness of breath. Anyone with these symptoms is asked to self-isolate, which means staying at home for 14 days, to stop the virus from spreading further. Experts advise washing hands regularly with soap to avoid catching and spreading the illness.

Disgraced film producer Harvey Weinstein has been found guilty of rape and criminal sexual assault by a New York jury. Weinstein has been publicly accused of sexual misconduct by over 100 women, with initial accusations launching the #MeToo movement.

A new collaboration between the Seti Institute and the Very Large Array observatory in New Mexico may help to advance the search for alien life. Astronomers are planning to use 28 giant radio telescopes to search the sky for signs of alien civilizations.

As Storm Ciara hit the UK earlier this year it unearthed an impressive discovery: a 130-million-year old dinosaur footprint in Sandown Bay on
the Isle of Wight. The fossil has been identified as belonging to a large three-toed reptile such as a Neovenator, which could grow to 10 metres long.