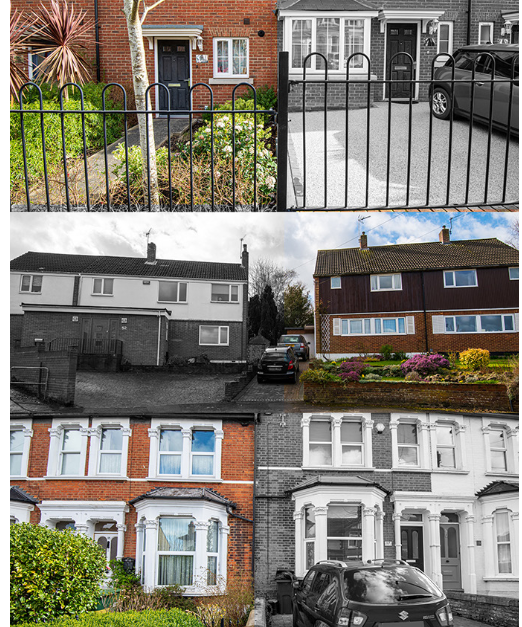 Imagine you are trying to create inhospitable conditions for wildlife. Cut down any plants, dig out the soil, compact the ground and concrete it over. This is what millions of people in the UK choose to do when they raze their front gardens to the ground for reasons such as ‘ease of maintenance’ and ‘convenient parking’.

Recently my home city, Bristol, became the first place in the UK to declare an ecological emergency, calling for drastic action to halt and reverse the decline of wildlife in the city. While Bristol’s mayor, Marvin Rees, should be commended for this declaration, his first step in its name should surely be to ban the paving of front gardens.

I’m not the first person to call for this ban. In 2015 the London Assembly released a report named ‘Crazy Paving’ in which they noted that two-thirds of London’s front gardens are paved over. The report recommended changes to planning laws.

While the ecological impact of paving front gardens is obvious – they cannot sustain life – paving front gardens also increases surface run-off in streets by 50%, leading to an increased risk of flooding. With all the recent floods the UK has been experiencing, it makes sense to bring in a ban on crazy paving.

Paving also creates the ‘heat island effect’: warming up during the day and releasing the heat at night, which consistently raises urban temperatures. In this current climate crisis, with increased flooding and hotter, drier summers on the horizon, we need less concrete and more green areas. Trees, grasses and plants that absorb water and provide shade are needed to cool our cities and trap pollution, not the opposite.

The Royal Horticultural Society’s Greening Grey Britain research found that 24% of front gardens have been completely paved over. I decided to carry out my own research as I feared that the situation near me was worse than this. I live on an ordinary suburban road in North Bristol with free on-street parking. However, out of the 91 houses on the street, my house is only one of 9 that have not been completely paved over. Over 90% of the gardens are ecological wastelands. As each front garden is 25 metres squared, that’s half an acre lost to cement on just one street.

When I moved into my house last spring, I dug up the small lawn in my front garden and planted it with long flowering perennials. It flowered until October, an oasis for bees and butterflies in a concrete desert. The only maintenance was weeding once a fortnight and cutting back the old vegetation in winter. Although a few hours of maintenance might be too much for some peoples’ busy lives, a policy change towards front gardens that can harbour life and reduce environmental destruction must be a priority.