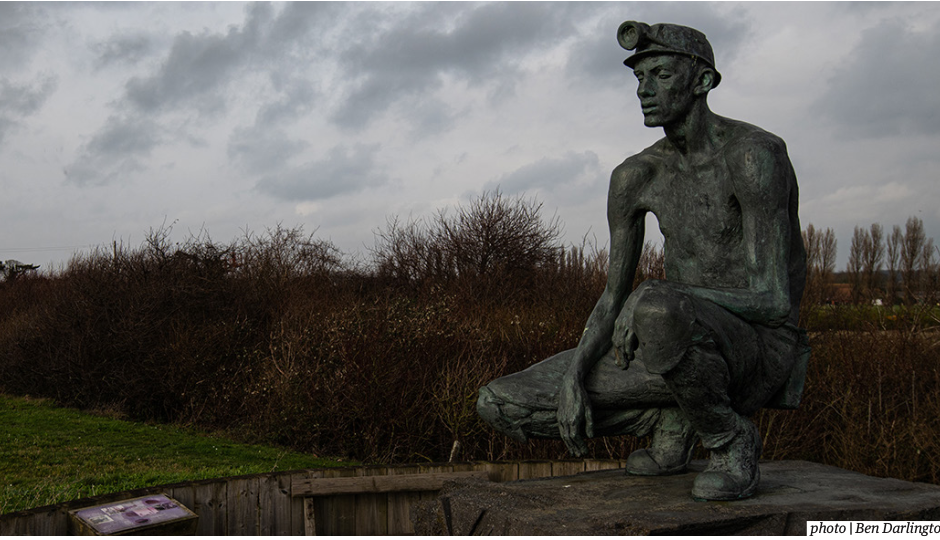 Formal planning approval for the development of the Cumbrian Metallurgical Coal Project, also known as the Woodhouse Colliery, was given in March 2019 by the Development Control Committee of Cumbria County Council. The decision was ratified in October despite warnings by environmentalists that the authorities had failed to consider the greenhouse gas emissions of the mining operation. The £165 million colliery which is expected to go through the construction phase in 2020, with deep coal mining starting 24 months later, will be the UK’s first new deep coal mine in 30 years.

The government’s go-ahead lead to protests from environmentalists who say the mine will harm the UK’s efforts to reduce CO2 emissions. Under planning legislation, county councils are responsible for determining planning applications relating to mineral extraction.

Last month a report by environmental think tank Green Alliance found that the proposed mine was ‘incompatible’ with the UK’s aim of reaching net zero carbon emissions by 2050.

The UK has set a target to reach net zero carbon emissions by 2050 and has committed to switch to lower carbon steel production, announcing a clean steel fund back in August 2019. ‘Yet this mine would extract coal until the 2070s, long after we have pledged to phase out all emissions,’ says Rebecca Willis, Professor at the Lancaster Environment Centre at Lancaster University and one of the authors of Green Alliance’s report.

The Woodhouse Colliery will be situated on the former Marchon industrial site near Whitehaven. According to the developer, West Cumbria Mining, it will extract coal from under the sea nearby, with access via the existing Sandwith Anhydrite mine portals. West Cumbria Mining plans to move mined coal via a buried 2.2km long conveyor to a train-loading facility, with its own dedicated siding on the Cumbria Coast railway line.

Once Woodhouse Colliery moves into the operational phase, the company plans to extract and process around 2.5 million tonnes of high-quality coal for use in the steel industry. The West Cumbria Mining company has said it aims to supply the European steel-making market, which currently imports 45 million tonnes annually from the US, Australia, Colombia and Siberia.

Coal from the mine will be used for steelmaking and is estimated to produce 8.4 million tonnes of CO2 per year, equal to the emissions from over a million households. ‘The proposed mine is clearly incompatible with the need for a clean energy future. The new government has championed its commitment to climate action. It now needs to set out its policy on fossil fuel extraction, making clear that digging more coal out of the ground is no longer acceptable,’ says Professor Willis.

The coal industry in Britain spans back to Roman times, but over the past four decades the industry has been steadily declining. The UK’s consumption of coal has decreased significantly since 1970, when it amounted to 157 million metric tons per annum. By 2018, this figure had fallen to just 12.9 million metric tons, with coking coal making up just 3.2 million tonnes. ‘Coal mining used to be central to the UK economy. But as we grapple with climate change, we need to invest in zero-carbon industries. It would be far better for the government to support recycling of steel and new manufacturing processes, rather than supporting this damaging mine,’ Willis points out.

Coking coal, also known as metallurgical coal, is used exclusively as an essential ingredient for steel production. ‘Coking coal is one of the most carbon-intensive fuels. Most steel manufacturers are now testing new manufacturing processes to make steel, and have agreed to phase out coal in steel production,’ says Professor Willis.

In February this year, the environmental campaign group, Keep Cumbrian Coal in the Hole, which had previously objected to the project, was granted permission for a judicial review of Cumbria County Council’s decision to allow the coal mine to be built. The judicial review will be heard at the High Court in Manchester on a date yet to be set. The county council said it could not comment while the review was pending. West Cumbria Mining, the developer, also declined to comment on this story.

Maggie Mason, previously a minerals and waste planner at the county council and one of the protesters, said: ‘Cumbria’s politicians understandably want to see new jobs on the west coast. But we estimate that the profits from the mine would leave the local area with only 3 per cent of the turnover spent on salaries. We urgently need an active, low carbon industrial strategy for Cumbria and other local areas to generate thousands of green jobs rather than hundreds of coal jobs.’

West Cumbria Mining said the new mine – near the site of the former Haig Colliery in Whitehaven which shut in 1986 – would create 500 much needed new jobs. Deep coal mining in the UK employed more than 1 million people across several thousand pits a century ago but this ceased in December 2015 with the closure of the last deep-pit coal mine at Kellingley colliery in North Yorkshire. ‘The West Coast of Cumbria really needs quality jobs – but not at any cost,’ says Willis.