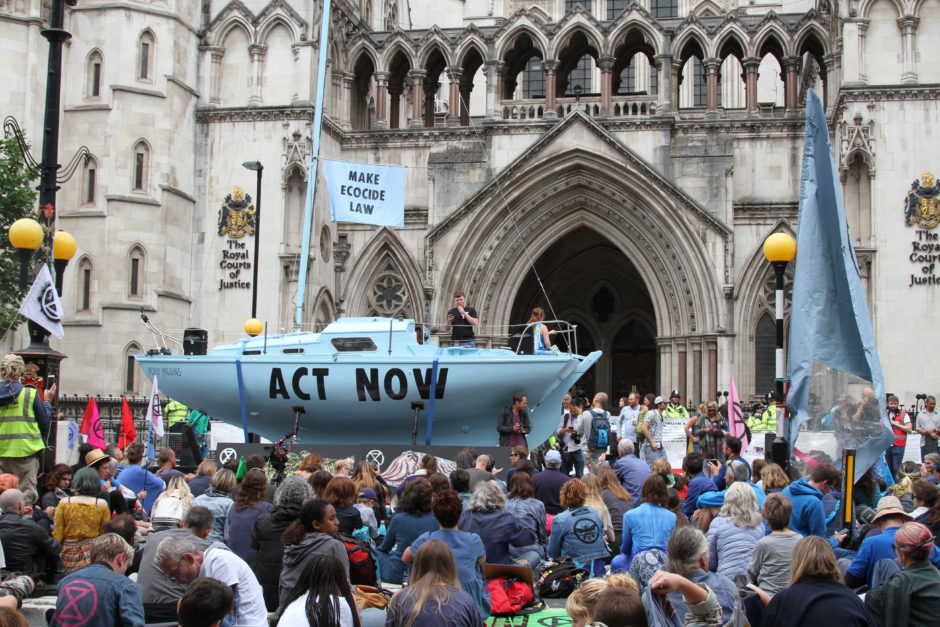 Will the PM give up runways for Lent? Court of Appeal’s judgement on Heathrow expansion to be handed down tomorrow

Tomorrow, Thursday February 27 the Court of Appeal will give its judgment on the legality of the UK Government’s planned expansion of Heathrow Airport. The hearing is set to start at 10am in Court 71, the Royal Courts of Justice, Strand. Extinction Rebellion and others will be gathering in solidarity outside the court buildings from 9am.

What the Court of Appeal decides on Thursday is of huge significance internationally as well as for the UK.

Plan B, one of several parties bringing legal challenges against Heathrow expansion, argued that the proposed expansion is illegal because it failed to take into account Paris Agreement temperature limit of 1.5˚C and “well below” 2˚C.

A ruling in Plan B’s favour tomorrow morning would be groundbreaking. The basic principle, that a government should assess major infrastructure projects against their own policy commitment to the Paris temperature limit, would be applicable to all 195 Governments which have ratified the Paris Agreement.

We wait with baited breath to hear if the PM will be giving up runways for Lent.

A full Q&A from Plan B can be found here.

Spokespeople for Extinction Rebellion and Plan B will be available outside the Royal Courts of Justice on Thursday morning and a full press release will follow the Court of Appeal’s decision.