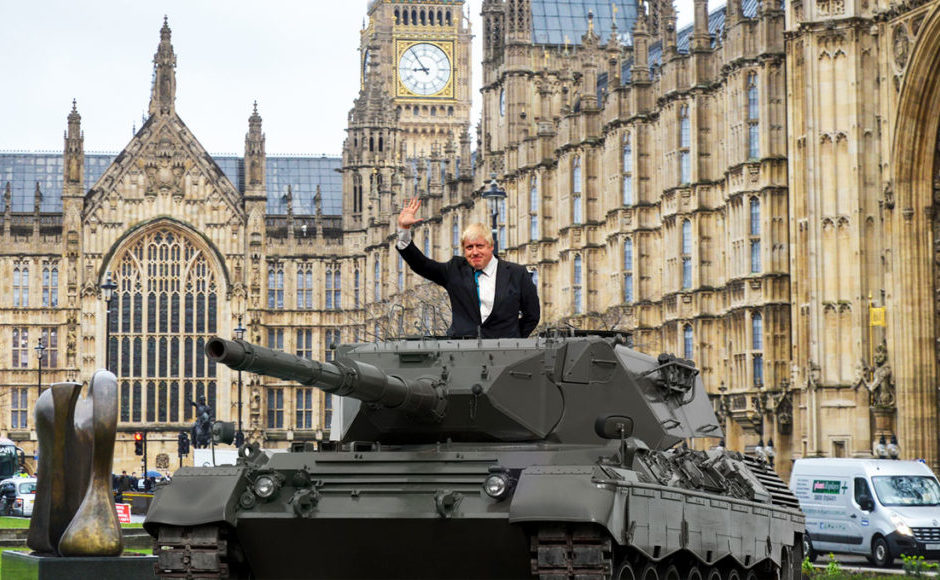 For the past 16 months we have been crying out for the Government to recalibrate the country’s goals, overarching vision and tactics, to redefine our role and place in the world, in light of the Climate and Ecological Emergency which threatens our very existence.

Now it undertakes the largest integrated policy review in decades, ‘considering the totality of global opportunities and challenges the UK faces and determining how the whole of government can be structured, equipped and mobilised to meet them’.[1] Finally, something genuinely approaching the scale of the re-evaluation of where we are headed and what we should do about it needed – and there is a brief lip-service mention of climate change towards the bottom of the page, while the thrust of the piece is the sort of outdated, paranoid, self-interested neocolonialist brinkmanship which got us to the edge of the precipice in the first place.

Some of the language used, about being a ‘problem-solving and burden-sharing nation’ in order to ‘address threats and challenges’ and ‘identifying the necessary reforms to government, systems, and structures’ in order to do so are spot on, if only there is a recognition that the great threat we face is the collapse of our planetary life support systems and that our best hope for an innovative solution is through an enhanced democracy, by way of mechanisms like the National Citizens Assembly called for in Extinction Rebellion’s Third Demand, rather than the increasingly top-down, centralised control preferred by some others.

A planet that is increasingly warming poses the gravest threat to global stability. Scientists say that for every half a degree of warming we will see between a 10 and 20 percent increase in the likelihood of armed conflict.  It has been suggested that 2 degrees of warming will lead to 40 or even 80% more war, with previous war zones in Syria hugely aggravated by droughts. The UN predicts that there will be 200 million climate refugees by 2050 leading to the ‘political and social instability that migration often produces’.[2] This march towards militarisation and violence is not necessary. The most effective thing the Government can do to defend Global and British interest is to ensure the planet stays below 2 degrees of global warming.

It is time for the Government to take seriously it’s own pronouncements, and those of Parliament and the UN, about the seriousness of the situation we are in and the existential threat we all face, before it really finally is too late. This review has the potential to be the turning point. But it needs its parameters radically redrawing.

The key aim and remit of the review, in redefining our place in the world, should be to show how we can best act in solidarity and cooperation with other countries to ameliorate and survive the coming climate and ecological storm. Not how we can seek to profit at the expense of others, ‘promote UK interests’ and ‘strengthen Britain’s place in the world’. Lauding how many nukes we have over Angola will not get us very far when our food runs out and our reservoirs run dry.

To this end, the review should be led by the Departments for the Environment, Farming and Rural Affairs; Business Energy and Industrial Strategy; and Health and Social Care, rather than the Ministry of Defence and Foreign Office, with key advisory roles for the Committee on Climate Change and other renowned climate scientists, along with the Emergency Services, who will have to deal with the consequences if the Government doesn’t Act Now to protect us. Our security, defence and foreign policies should all be geared towards how best to address the Emergency. This is not an opportunity to pursue British interests but our last chance to ensure the survival of our species.