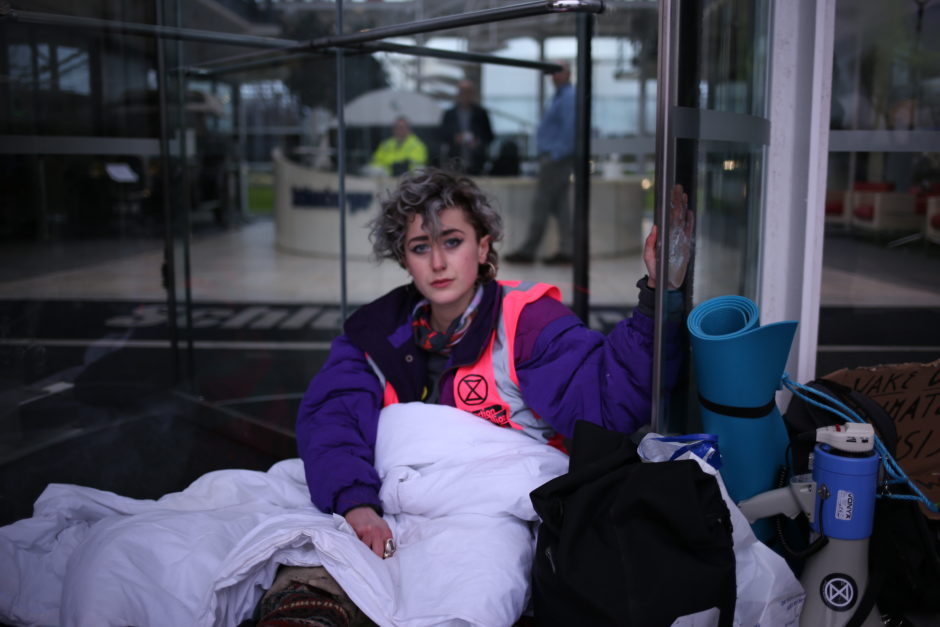 Today XR Youth activists in Cambridge received further distressing threats of violence against them.[1] They are understandably scared and shaken but have independently decided to continue their protest until Sunday as planned.

Many will ask how they can continue to disrupt lives when their safety is on the line. The answer is that they have read the science and their fear of tomorrow is greater than their fear of today. And who can blame them? Even their academic institutions are taking money from the very fossil fuel companies that are destroying their future.[2]

The threats come as huge areas of the country are currently suffering from extreme flooding and as today’s leaked report by JP Morgan – one of the world’s biggest banks – states: “No government seems willing to sacrifice the incomes of their current citizens either in favor of their children and grandchildren or in favor of citizens in other countries.”[3] The truth is, we’re digging ourselves a hole we soon won’t be able to climb out of.

What happens next isn’t really a question for them. It’s a question for all of us. Do we accept violent threats against peaceful protestors causing disruption to raise the alarm about the climate and ecological emergency? Do we stand by while life around the world is destroyed, and our children’s future disappears into thin air?

2020 is the year we have to choose what legacy we leave the kids.