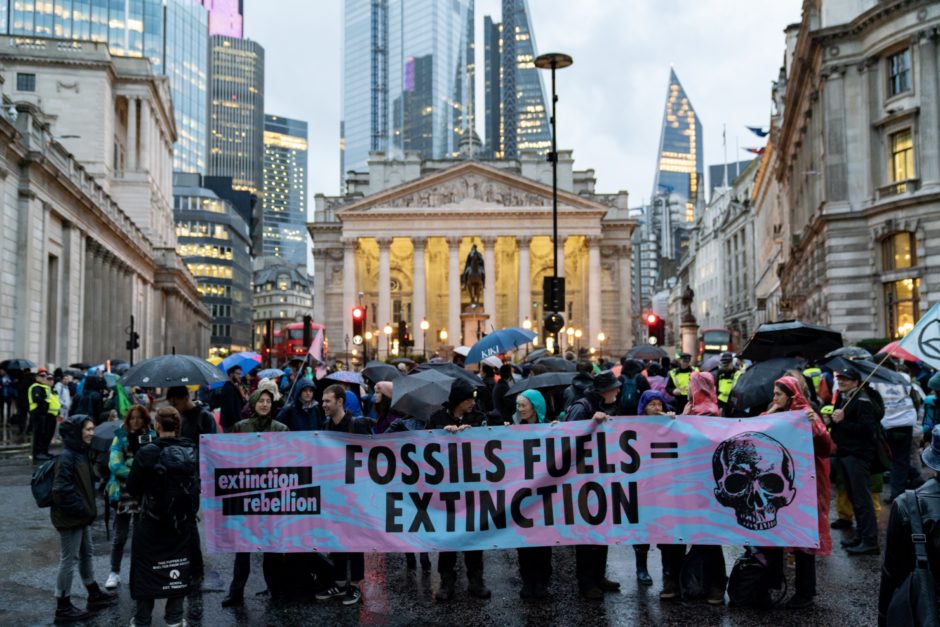 Morality over money – Time for financial institutions to Tell the Truth

Two economists working for JP Morgan have just released a report entitled Risky Business, the Climate and the MacroEconomy.

The report is candid, it exposes the risks facing our civilisations, including ‘natural’ disasters and conflict, spelling out likely scenarios which create ‘huge challenges for the survival of the human race.’ It looks as though JP Morgan has listened to Extinction Rebellion’s first demand, to ‘Tell the Truth’. The economists remind us that ‘quantifying the impact of climate change only in dollar terms overlooks the potential severity of the human and environmental costs’.

This is not just the biggest economic problem humanity has ever faced, but the biggest moral one. It is not the incomes of our children and grandchildren we are talking about here, but their lives.

The Truth is out there, now we all need to take action.

JP Morgan, with its immense power to affect change, has been broadly unsupportive of climate change resolutions in the companies they invest in currently. [1] & [2]

It’s time to put their house in order and take action. JP Morgan must desist from financially fueling the climate and ecological crisis which is destroying lives in the global south right now. Voting for an appropriate corporate response to the emergency, divesting from destruction, and investing in human survival, as well as using their immense power with governments and their peers to lobby for the survival of humanity would be a good start.

‘JP Morgan Chase (JP Morgan) does not appear to be strongly engaging with companies around climate change. It is not transparent about its engagements (other than to clients), stating that only “summary information” is available on the public website. However, this could not be located. It is transparent about its AGM voting record, although it does not publicly disclose voting justifications. JP Morgan has a framework that informs its ESG engagement strategy and is prioritizing climate in some engagements. There are clear escalation responses, and penalties should companies not comply with requests. However, it is not clear that there is a structure with, for example, milestones or timelines, informing when specific actions should be taken. It is unclear whether JP Morgan is engaging to transition companies in line with the Paris Agreement due to lack of disclosure.  There appears to be no examples of climate-related engagements in its company reporting between 2015-2019. InfluenceMap research suggests JP Morgan has been unsupportive of climate change resolutions, opposing 71% in 2018. This included opposing resolutions requesting climate risk disclosure, the setting of GHG emissions targets, renewable energy goals, and the elimination of deforestation in supply chains.’  (InfluenceMap, Asset Managers and Climate Change Report, November 2019.)