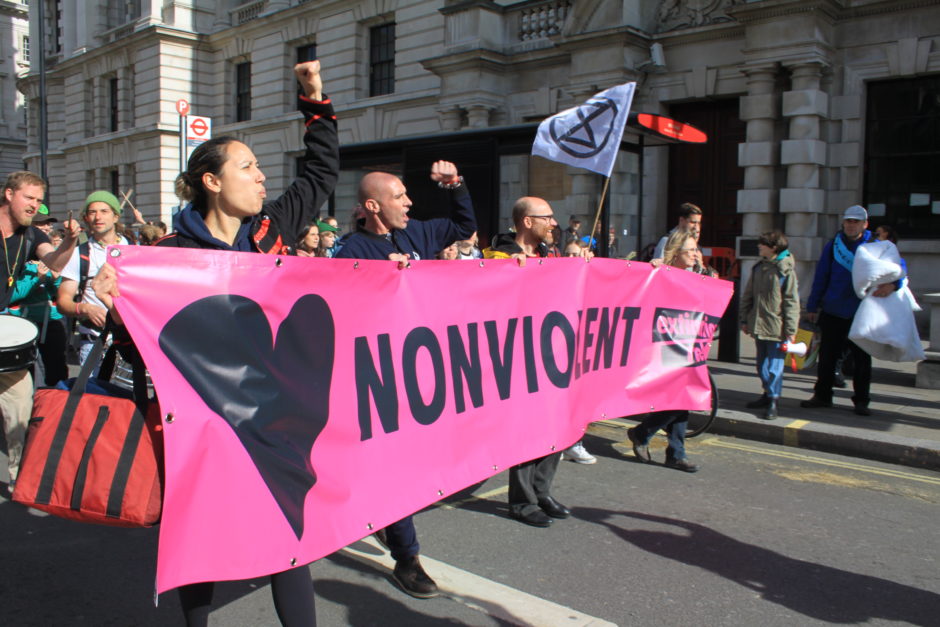 Humans of XR on Rebel Radio celebrates the people behind the banners and their heroic efforts to bring the climate and ecological emergency to the forefront of public consciousness. Lawyers, doctors, carpenters, musicians, dancing clowns and kangaroos, from Glasgow to Papa New Guinea share their stories of rebellion.

As Extinction Rebellion progresses into its second year, Danny and Anna discuss with Haringey local group members Alex and Tommy how to maintain momentum, keep the movement growing and welcome new recruits, with Javier from XR Madrid on how the group has grown since COP25.

Sue Wheat and Danny Halpin talk to some of the brave hunger strikers who have been without food since Monday 18th November as part of the Global Climate Hunger Strike and are seeking meetings with key politicians about Extinction Rebellion’s three demands.

Nicki, Doug and James discuss what it’s like to be a disabled rebel, the police confiscation of £13k-worth of accessibility kit and the responding protests at New Scotland Yard in support of disabled rebels, with clips and interviews from the protest.

Sue and Daze are joined by Dani the healing clown to discuss the importance of XR’s regenerative culture during the Rebellion and in everyday campaigning life. Dani shares stories of being a clown during the Rebellion and the power of humour and performance in keeping people motivated, calm, happy and de-escalating aggression by the police during actions.

Paul, one of the barristers behind the Lawyers Declaration of Rebellion, Dagan who coordinates XR Farmers, and Rob, an ex-Chief Superintendent discuss the role of their professions in XR .We also hear from Animals Rebel and two doctors on why campaigning on planetary health is part of their duty of care.

Sue, Daze and Alejandra discuss global environmental justice, the imbalance of power and privilege. We also hear from Assad, a campaigner for justice in the global south and a West Papuan activist as well as beautiful songs and comment from those at the global justice site during the Rebellion.

Irina, Marc and Caroline join Sue and Daze to discuss the power of stories to bring people together and the emotional and practical processes around responding to the climate emergency.

Jon Fuller and Andy Squiff join Sue and Chay to discuss the return of Extinction Rebellion and silence from the media, government and police on the seriousness of the climate crisis.