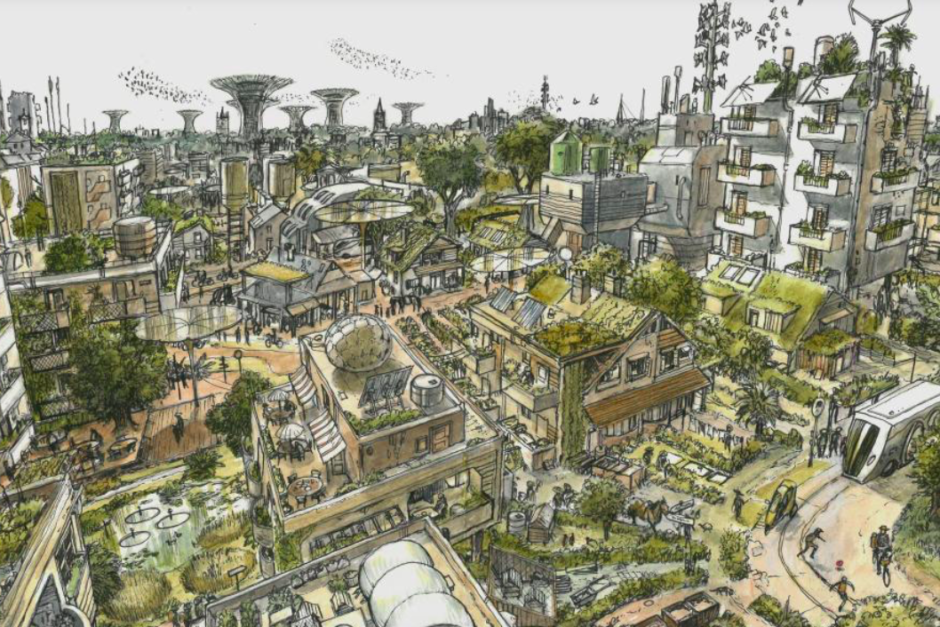 Extinction Rebellion activists are staging a creative demonstration on Thursday, February 6th, from 12-2pm, outside the Ministry of Housing, Communities and Local Government (MHCLG). This demonstration, which is expected to be attended by councillors and building experts, will include striking theatrical representations of central government holding local authorities back, such as a tug of war contest.

All around the UK, hundreds of local authorities have declared a climate emergency, and over 100 have adopted the goal of net-zero emissions by 2030 or earlier, with some as early as 2025. [1] The UK government must choose whether it is going to support local authorities or stand in the way of local climate action.

Councils have been much more ambitious than the UK government’s target of net-zero by 2050, which many have critiqued as too late, on moral and scientific grounds. [3] Numerous local authorities have been very clear that more powers, finance, and support are required from the UK government in order to realize their targets.

Despite this, this government restriction would effectively take away one of councils’ powers for delivering net-zero on earlier timescales than the UK as a whole.

Extinction Rebellion local group activists are voicing frustration over the proposed restriction, as are many councillors and building experts (see below), adding to the perception that the UK government is holding back local-level action. Since the emergence of Extinction Rebellion local groups in 2019, activists have been engaging councils and have helped to drive an extraordinary wave of local commitments around the UK.

In addition to concerns about stripping local authorities of their powers for achieving net-zero, leading groups (such as the Architects Climate Action Network) have also questioned whether the government’s standard would deliver better efficiency standards or would represent a step backwards. [5] According to the London Energy Transformation Initiative (LETI), a home in 2020 could be less insulated than a home under 2013 Building Regulations. [6]

Those organising this action are encouraging members of the public to respond to the government’s consultation on this restriction, which is publicly available for responses online until February 7th.

Sally Longford, Deputy Leader of Nottingham City Council, which has committed to achieving a net-zero emissions city by 2028, said: “I am extremely disappointed that the Government has shown so little ambition in its proposals, when the country is crying out for much higher energy standards not the erosion of them.”

In a more detailed comment for press, Nottingham City Council said: “Unless [improvements to Building Regulations] represent a real step change for the housebuilding industry, the ability for councils to set local targets through their planning policies remains an essential tool to enable us to meet our local targets.”

Jackie Bond, Politics co-coordinator of XR Lambeth, said: “Councils are having to take the lead where government is not.  Lambeth Council and many others have pledged to reach net zero emissions by 2030. This is likely infeasible without the support of government. And now instead of seeing support in new legislation, councils are being held back. Who is behind this setback? They clearly don’t have the climate in mind. And therefore they don’t have people in mind.”

Leanne Werner, South Bermondsey Councillor and Southwark Council Environment Scrutiny Commission Chair, said: “I’m proud that Southwark Council has committed to being a carbon zero borough by 2030: 20 years earlier than the Government’s target. We know that time is ticking and that we have less than a decade to turn things around. Unfortunately our ambitions for a greener county are set against a backdrop of local government funding cuts and the loosening of planning regulations. The proposed government changes to planning regulations could have a negative impact on our carbon zero ambitions and have the potential to lead to less energy efficient homes. Councils need devolved powers (e.g the ability to set local targets through planning policy), long term funding and easier access to government funding in order to tackle the climate emergency head on.”

Julia Barfield, designer of the London Eye, managing director of Marks Barfield architects, and steering group member of Architects Declare, said: “It is astonishing that the proposed Part L 2020 is proposing to take a step backwards just when we need to take a huge leap forward.  So it is imperative that we make our voices heard by contributing to the consultation and more widely making people aware of the truly shocking proposal.”

Peter Clegg, Senior Partner at Feilden Clegg Bradley Studios and member of Architects Declare steering group: said “850 architectural practices have signed a declaration committing themselves to dramatic carbon reductions to meet the climate emergency. We need a regulatory framework that helps us to do this, not one that allows developers to churn out new  houses that are potentially worse than they could get away with ten years ago. At their first opportunity to step up to the challenge of the climate emergency this government is proposing a giant leap backwards.”

Sam Turner, Architect at Webb Yates Engineers and member of the Architects Climate Action Network (ACAN), said: ‘These proposed changes have been picked apart by architects and engineers, experts who find the proposal unambitious, unnecessarily complex and completely unequal to the challenge of decarbonisation. We need ambitious upgrades to the regulations, in order to meet our obligations to each other and future generations. ACAN hope that government will act on the sound feedback given to them by many professionals in the course of this consultation.”

[1] “List of Councils who have declared a climate emergency”: https://www.climateemergency.uk/blog/list-of-councils/

[4] “2050 is too late – we must drastically cut emissions much sooner”: http://theconversation.com/2050-is-too-late-we-must-drastically-cut-emissions-much-sooner-121512