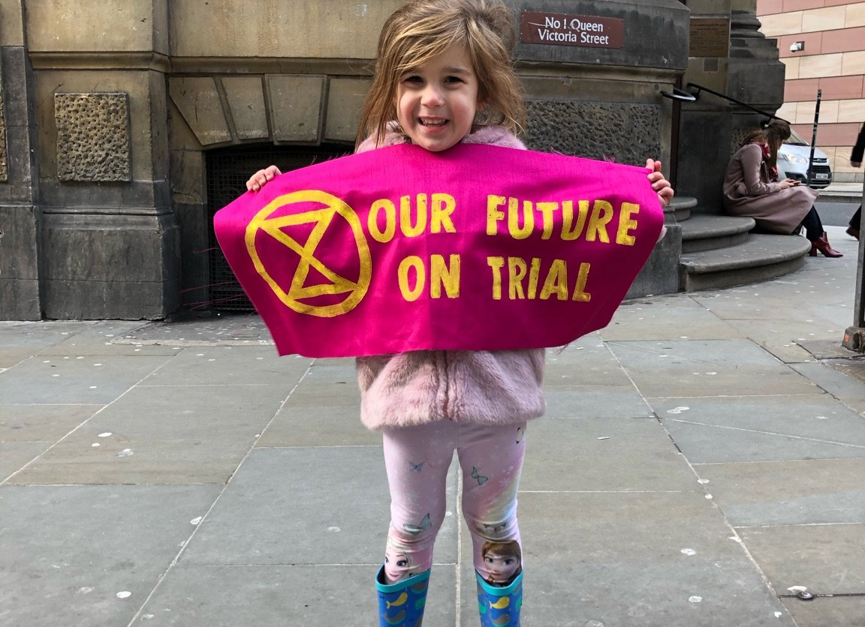 Unsung Heroes of XR: Alice and the Arrest Welfare Team

When we contacted the Regenerative Cultures UK-wide Working Group for a nominee for our new Unsung Heroes of XR series, two names came up immediately: Alice and Zaza from Arrest Welfare.

The reason? “They have been doing a huge amount of work since April, creating a support system for our 1400-plus XR arrestees whilst working full-time in other jobs since April. I’m a big fan!” comments a fellow rebel.

Zaza is on the Regen team retreat, so on this occasion we catch up with Alice, joint internal coordinator of the UK Arrest Welfare Team. In typical ‘unsung hero’ fashion, Alice is quick to point out that it has been a team effort all along — “and not just our team, but other teams as well,” she adds.

We reassure Alice that the focus on specific individuals in this new series does not mean we do not recognise the incredible investments made by people from across the movement, individually and collectively. We also emphasise that, were time not a factor, we would attempt to feature every single rebel – all heroes in their own way.

Today, though, it’s her turn. We ask her to tell us how it all started for her.

“It was the second day of rebellion in April. I had gone along with a few people to Oxford Circus, just after a Section 14 had been imposed. At the time I didn’t really know what a Section 14 was, I’d simply heard that something had happened at Oxford Circus.

So, I went down and there was this amazing atmosphere but then people were being arrested all over the place, and in a really random manner! They were being carried away and walked off and – for somebody who had felt so inspired and hopeful when XR burst onto the scene – to see those people who were making this movement work get arrested – this was really emotional.

At the same time, I was aware that I wasn’t willing to take that step. And while I stood there, some policeman came up to me and started telling me that I could be arrested; it was really confrontational and stressful, their camera was in my face, and I couldn’t register much of what they said — so I turned around and left to go back to Marble Arch. At that moment, I felt very powerfully that – for all those people who were making that commitment and getting arrested – supporting them was very important.”

Alice then got involved in Police Station Support during the April rebellion and by the second week, she found herself coordinating this support. After the Rebellion, she and a small group of rebels met and discussed what they could do for the 72 or so arrestees who had been charged.

They decided to formalise the group, which they initially named the ‘Ongoing Arrest Support Group’.  Their task would be to fill a gap in existing arrestee support provision: while in April the Legal Team was already in existence, there was relatively little in place that could address the personal and emotional needs of arrestees.  “So that is how it started.”

The fledgling group’s first major challenge came soon after the Rebellion, when, in mid-June, the decision was made to charge all April arrestees. Prior to April, recalls Alice, the expectation was that the majority of arrestees would be released under investigation but never charged, as had been the case up to that point.

Following the decision in mid-June, however, hundreds of April arrestees started receiving letters summoning them to Court.

“So suddenly we went from having to support 72 people to almost 1000 and we didn’t even know who they were. It was very tough.”

Improvising in the light of the new circumstances, Alice and other team members began attending the mass plea hearings at the London City Magistrates court every Friday. There, they could collect the details of arrestees in the hope of reaching those in need of support.

She remembers with sadness the moment it became apparent that some arrestees had had very little help: “while some people were very well supported others were a little adrift and didn’t know what to do, even what plea to enter.” Understandably, she reflects, a “fair number” of arrestees were left disappointed by the gaps in support following the April Rebellion.

In the following months, the arrest support team grew considerably and by most accounts the team was now well prepared to meet the needs of arrestees come October. Alice comments, “though it was exhausting — the back office ran well, the police station support ran well, we had lots of wonderful volunteers and we got lots of good feedback”.

Even so, the October Rebellion was not plain sailing: while in April, the movement was growing exponentially, generating huge enthusiasm and interest from the public, and positive responses from politicians, developments in October left the team feeling demoralised and full of self-doubt.

In the changed, and harsher, political climate of the autumn months, XR just didn’t seem to be having the same level of impact. For Alice and others in the Arrest Support team, the challenge now became finding in themselves the capacity to carry on and keep up their spirits – this time without the reward of positive feedback. “A lot of people found it tough.”

Looking back, there is no doubting the result of Alice and the team’s indefatigable efforts. Support structures for arrestees that did not exist in April 2019 are now in place: from pre-arrest training, which explores with potential arrestees their motivation, resources and the consequences of arrest; to back-office support and police station support during an action; all the way to post-arrest support, when teams of volunteers are on hand to offer telephone and court support to arrestees and defendants.

Since April 2019, the team has trained and on-boarded over 60 telephone support volunteers; a similar number of court support volunteers; and has worked to support the development of over 25 local arrest support groups. During this time period, the team has organised support for almost 1000 rebels as they have made their way through the court system, and is currently in email communication with over 2000 arrestees.

But Alice and the team’s achievements cannot be measured in numbers alone: since those early days, they have consistently tried to push for the need to change thinking around arrest within XR structures – driving home the point that support for arrestees must be designed into actions from the start rather than being an afterthought or left to chance.

“Arrest support should be one of the things in there as you plan your action, your food, your logistics etc. It should be a standard consideration, that’s what we want to encourage people to think.”

She admits that changing mindsets around arrest can be challenging and frustrating at times. Yet it is fundamental for XR as a movement which uses the tactic of mass arrest to achieve its aims, but which also holds the principle of care – for oneself, for each other and for the planet – as a core value.

Alice explains: “A good support system is an expression of the care that we have for people who are willing to take that step and be arrested. It has a positive effect on the people receiving the support but also on the community, as it makes people see that we care about people… and their willingness and commitment is strengthened. This makes us much more sustainable.”

As we near the end of our conversation, it is clear to us that it has been quite a journey for Alice – from being a new XR participant caught up in police action last April to her current role as a strong advocate for arrestee welfare. We sense the cost has been countless hours of work and a rollercoaster of sometimes difficult emotions – but Alice is keener to talk about the rewards – notably, what she describes as “the privilege of going to court and hearing so many wonderful and motivated people”.

She is also keen to talk about the team’s plans. In the immediate future this will involve reaching out to regional and local coordinators to support the creation of a disseminated arrest support network. “We are still going,” she comments at last, with undimmed enthusiasm, “and a lot of exciting things are happening.”

If you would like to get involved in supporting arrestees at a National, Regional or local level please get in touch by emailing xr-arrestwelfare@protonmail.com

If you’d like to get training on how to support arrestees, see this live calendar of fortnightly trainings.

If you are an XR arrestee who needs support or who has questions about what support is available, please get in touch by emailing XR-arrestwelfare@protonmail.com

And if you’d like to nominate someone to feature as an Unsung Hero(ine) of XR, get in touch by emailing xr-uknewsletter@protonmail.com

This piece was brought to you by the Rebel Writers. We’re always keen to meet new people and hear new ideas! Anyone from anywhere can join us here, or read our guide for more information.