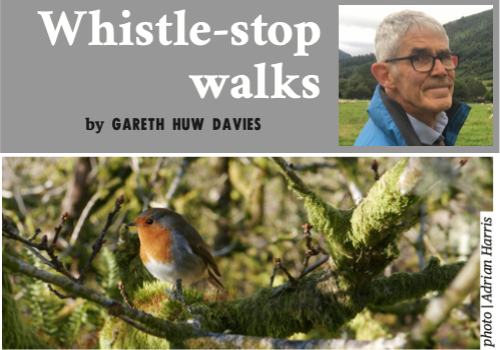 I’m strolling in deepest Britain, on a course originally set by a Victorian theodolite. Empty fields stretch silently away. A wren, an animated ball of feathers, tizzes urgently across my path to break the purest peace.

Far in the distance a dot gradually grows. Once it might have been the Oxford to London express, all fire and fury, trailing smoke over ancient hedges. But that is now history. The dot becomes a lone commuter on a bike, taking the scenic route home on a safe, car-free, surface.

This is the Phoenix Trail, a seven mile path for walkers, cyclists, wheelchair users and horse-riders between Princes Risborough and Thame. It is a long-lost Great Western Railway route through the Chilterns and across Buckinghamshire farmland, the HS2 of its day, but without the collateral damage.

As passenger numbers dwindled, dainty tank engines replaced mighty locos. Then even the 1.47 to Tiddington and Littlemore drowsed off into the lyrics of Flanders and Swann’s; their lament for lost railways, The Slow Train: “No churns, no porter, no cat on a seat, at Chorlton-cum-Hardy or Chester- le-Street”.

Most closed lines disappeared under neat housing estates and egg packing factories, or were sold to farmers and absorbed into the countryside. This is one of the few to survive, bought by Sustrans, the walking and cycling charity, and turned into one of the exclusive public ways in Britain.

It is flat and straight, but never dull. Original features are there to be read – ancient fence posts, the odd bit of crumbly platform in the undergrowth, stations and signal boxes turned into houses. And that incongruous line-side apple tree. All part of a landscape where nature is back in charge.

I had taken the train to Princes Risborough to start the Phoenix Way. Reaching Thame (in Oxfordshire), I let Google Maps plot my route (2.6 miles, mainly off-road) to Haddenham and Thame Parkway station, where there are good connections to Marylebone, Oxford and Birmingham.