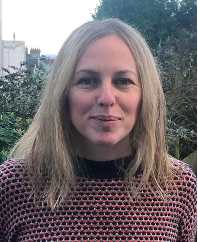 What does creative resistance mean?

Artists have often contributed their artwork to activist movements, or made work about social issues, but some of the most powerful forms of creative resistance can be found taking place outside the gallery walls, on the streets. Many climate actions use creativity and I would argue that it is the use of art and graphics to create a unique identity that have contributed to Extinction Rebellion’s rapid growth in a short space of time.

We can trace acts of creative resistance back in time and all over the world.
One hundred years ago in Russia, Vladimir Tatlin’s Monument to the Third International Tower, a model of a proposed building that would broadcast revolutionary messages, was never actually created but its inception alone sparked much debate. Symbolically, the tower was said to represent the aspirations of its originating country, as well as posing a challenge to the Eiffel Tower as the foremost symbol of modernity. Soviet critic Viktor Shklovsky called it a monument “made of steel, glass and revolution”.

In the 1920s and 30s the Dada art movement declared itself anti-art in a reaction to the waste of WWI. This was an art movement of the European avant- garde in the early 20th century, beginning in Zürich, Switzerland. It used absurd and comedic imagery and performance to reject the conventional art world.

In 1968 in Paris, the Situationists and others occupied an art school, set up a printing press and produced hundreds of posters which were pasted all over Paris in support of an uprising by workers and students. During the anti-apartheid campaign, and anti-nuclear campaigns, artists including Peter Kennard and Keith Piper used photomontage and collage to create posters and graphic images to spread the campaign’s message across in a powerful way.

Here is your chance to take part in a new cultural arts revolution. We are looking for end-of-terrace houses, business walls, garage doors or shutters – any outside spaces where we can paint murals highlighting the climate and ecological crisis. If you or anyone you know has this resource please contact me to become part of this new art revolution.