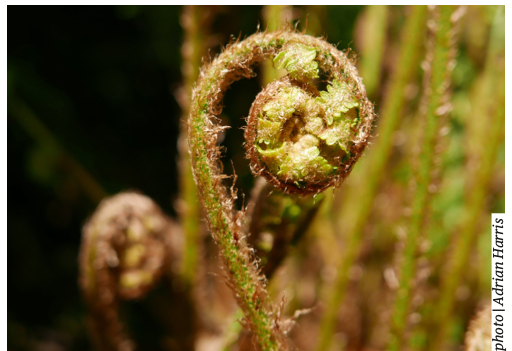 Extinction Rebellion Rewilding (XRR) is a quickly growing group of like-minded souls eager to fight the economic and social system that in so many ways is responsible for the climate and ecological crisis we’re in.

A few decades ago I was involved in eco-activism, trying, largely in vain, to raise awareness about climate change. I now regret that I focused most of my ecological awareness on my personal choices. It is easy to become a cynic after having lived through the many ‘Greta Thunbergs’ who had ‘silenced the world’ already 30 years ago.

Yet this time around, activism feels different. In Extinction Rebellion Rewilding, we are taking responsibility for our own survival, instead of waiting for governments and elite-summits to endlessly discuss the issues while our consumerism, our energy-hunger, our disconnect from nature continue to increase exponentially.

After only a week in the group, I had already harvested crab apple seeds for one of the members, and now the beauty of a magnificent crab apple tree from Dartmoor will soon be spreading further west. People share resources, get together and plant.

It doesn’t stop there. XRR is also about rewilding people. We seem to have lost our place in nature. We have become domesticated, striving after ‘civilization’, abhorring what we call barbaric. As it turns out, many such supposed ‘barbaric’ societies, or what little remains of them, hold the key to our survival as a species. They have preserved and nurtured a crucial intimate knowledge of nature. By rewilding ourselves, we may again be able to regain that connection.

Extinction Rebellion Rewilding came into being through a conversation between two long- term activist friends, composer Lola Perrin and myself, on a hillside in Cumbria, looking down upon the denuded moorland landscape. We both railed against the lack of tree cover, and aspired to a re-imagining of what once was.

The online network has grown from scratch in August 2019 to having over 6,000 members by the beginning of January 2020. We are also involved in the organisation of planting events across the UK, and are setting up partnerships with other rewilding NGOs with which we share similar values, including RAIN (reforestation & agroforestry information network) in the UK and Brazil.

Some friends of mine in Cumbria are now in the process of purchasing 11 acres of moorland. They thought about tree planting, but it has a high sphagnum moss content, which is known to be high in carbon capture potential. So, we’re learning that rewilding is about watching and listening
to how nature works – bringing human energy to engage in the most effective way possible.