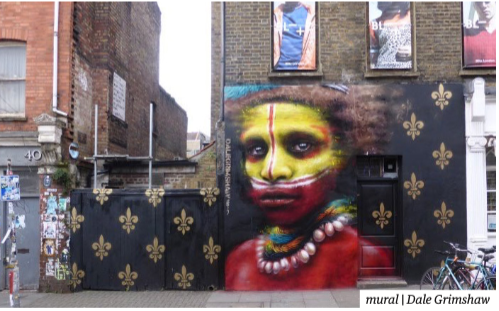 NONVIOLENCE IS CRUCIAL, AND IT TAKES COURAGE

Scour the history books and you can find any number of moving tales about nonviolent resistors, but it was only in the 20th Century that the world really saw nonviolent movements become major players in bringing about social and political change. Taking inspiration from Mohandas Gandhi’s celebrated efforts in India, Martin Luther King Jr adopted similar tactics for the American Civil Rights struggle and others soon followed suit. Sources suggest as many as 14 nonviolent revolutions were carried out in 1989-90, all but one of which were successful in effecting change.

These movements are not for the weak-hearted. It takes incredible strength and courage to stand up to power, to lay one’s body and liberty on the line, and to say: “Enough!” It takes enormous bravery to face the potential violence and persecution of the state and to know that you will never retaliate, that you will retain the moral high ground at all costs, and act peacefully and politely, accepting with dignity whatever legal repercussions come your way.

‘These movements are not for the weak- hearted. It takes incredible strength and courage to stand up to power, to lay one’s body and liberty on the line’

Nonviolence means more than simply not being violent. It is a deep commitment to not cause harm in any way through one’s actions or speech. It is a way of relating to the world that is rooted in compassion for all life, and an understanding that at heart we are interconnected in our struggles. Those acting in nonviolence do not blame or judge individuals, regardless of the wrongs they may appear to have done, but rather target the systems and values that those individuals uphold. Knowing that we are all ultimately in this together, they resist the easy divisions of ‘us’ and ‘them’, the ‘good guys’ and the ‘bad guys’. They look to build bridges, not walls.

When one’s sense of frustration and powerlessness becomes overwhelming, it can easily lead to hatred and violence. But history shows us that violence only leads to more violence. The greatest damage that hatred does is in the hearts of those who hate. If life on Earth is to survive in any meaningful way, we must act with love and nonviolence. We must learn to lay down not only our arms, but our quick judgment of others and our inflexible views, to see through others’ eyes and work together. As Gandhi once wisely stated, “The means may be likened to a seed, the ends to a tree.” The manner in which we bring about change is not insignificant. It is as important as, and inseparable from, the change itself.