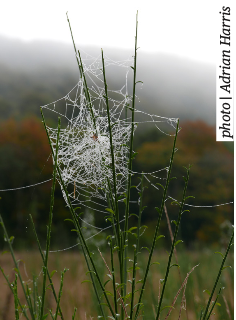 The wealth gap is widening to unprecedented levels around the world, according to the World Social Report, with more than 70% of the population living in countries where disparities are increasing. Countries such as Argentina, Brazil and Mexico are now part of that list of places where rich people are getting richer as poor people are getting poorer.

Comedy titan Terry Jones has died after a long battle with dementia. A founding member of the Monty Python troupe and director of their most successful film, Life of Brian, Jones was said by his wife Anna Soderstrom to have remained ‘good humoured’ to the end.

Australia is about to experience a ‘bonanza’ of deadly spiders. Experts at the Australian Reptile Park have issued a warning to the public as recent wet weather conditions followed by hot days have created “perfect conditions for funnel-web spiders to thrive”. Australia is home to 40 species of funnel-web spider, one of which is the most lethal spider to humans in the world.

A burst of gravitational waves has hit our planet, but astronomers have no idea where they are from. On January 14, astronomers detected a split-second burst of gravitational waves – also known as distortions in space-time. Waves can be caused by the collision of massive objects, such as two black holes, however this latest burst of waves did not last long enough to signify such an event.

Former chief scientific adviser to the UK government, Sir David King, is to provide an expert witness statement defending two activists who will appear in court for a peaceful action that involved gluing themselves to the floor. Sir David, who served as Chief Scientific adviser under Tony Blair and Gordon Brown, has provided the defense with a written statement.

According to research from the Unirsity of Michigan, human urine should be used as a crop fertiliser as it will not spread antibiotic resistance. Urine is rich in nitrogen and phosphorus, which is good for growing plants. That’s not taking the p***.