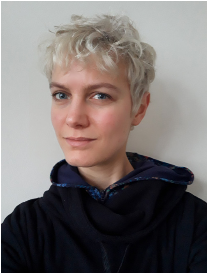 Grow trees, not the economy

“System change not climate change” is such a grand statement and yet it begs the question: change what system and how? From the clothes we buy, to the food we eat, economics touches upon everything we do. If we’re going to change anything, the economic model is a good place to start.

In order to grow, the economy needs us to consume, and companies have to create demand, which is fed by planned obsolescence and sweatshops abroad. This cycle of endless consumption and production for profit is
steadily depleting our natural resources.

Globally, most governments won’t accept that this has to change.
The myth of growth as a measure of progress has permeated politics and economics since WWII. Gross Domestic Product (GDP) was introduced in a context of conflict between nations that desperately need to collaborate today.

At its inception, the economist who developed modern GDP, Simon Kuznets, warned that ignoring its limits could prove dangerous. Today those in power have forgotten this, allowing growth to give the market a life of its own, letting it wander free and endanger the entire planet.

Some fear that to do otherwise will destabilise the economy. On the contrary, less growth will stabilise it as we reject the profit motive that caused money-hungry bankers to topple the financial system, causing economic crisis.

Some governments call for ‘green growth’.

They believe that more efficient production will reduce emissions enough to keep pursuing GDP, which is near impossible. Since 1990 we have only chipped 0.6 per cent from the carbon intensity of production each year.

Degrowth economics offers an alternative. It doesn’t suggest ending growth completely; only that it shouldn’t be the end goal in and of itself

Degrowth economics offers an alternative. It doesn’t suggest ending growth completely; only that it shouldn’t be the end goal in and of itself. Instead we should aim for ecological and social wellbeing, replacing consumption with greener, community-based forms of leisure.

Our governments have tunnel vision – the biggest obstacle to system change. Convincing them of alternatives is where we must step in.