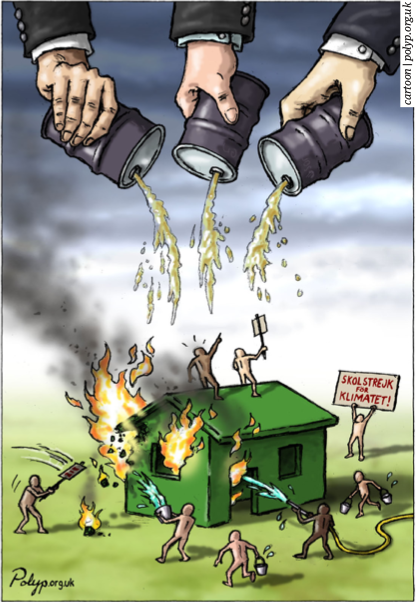 A European Commission report has identified the UK as being the largest supporter of fossil fuels in the European Union, giving over £10bn annually between 2008-2016 while claiming that it has ‘no fossil fuel subsidies’. The lack of any universal agreement on what constitutes a ‘subsidy’ means the government is free to set the definition on its own terms.

Shelagh Whitley, head of the climate and energy programme at the Overseas Development Institute (ODI) told Carbon Brief that: “The issue
is not whether or not [countries] by definition have subsidies. The issue
is whether they are providing support to fossil fuels when they have pledged to end the use of fossil fuels under the Paris Agreement.”

The UK government supports fossil fuels in a number of ways, the largest being tax relief. When an oil or gas well in the North Sea begins to run dry it becomes less profitable, so a larger company such as BP or Shell, keen to avoid the astronomical costs of decommissioning the well, sell it on to a smaller, usually non-UK based company who are used to operating abroad for smaller profit margins. Under a scheme called Transferable Tax History, the government allows the buyer to take on the taxes that the previous owner paid and set the costs of decommissioning the well against that amount, encouraging companies to keep the wells open for as long as possible.

The UK government’s support for fossil fuel stretches far beyond the North Sea. Research commissioned by the Catholic development agency CAFOD and carried out by the ODI, suggests billions of pounds have gone into projects all around the world. UK Export Finance, a government agency that helps British companies abroad, gave 97% of its energy support to fossil fuel projects between 2010-2017, along with £680m of UK foreign aid.

On a global level, the IMF identified other forms of subsidies that it labels ‘externalities’, more than 80% of which are the cost of global warming and local pollution. It argues that since these costs are not factored into the pricing of fossil fuel consumption, they should count as subsidies. The IMF therefore puts the total amount of global fossil fuel subsidies at $5.3 trillion. That is 5% of the global GDP, that Petteri Taalas, Secretary- General of the World Meteorological Organization said “could solve the whole problem” of the climate crisis.