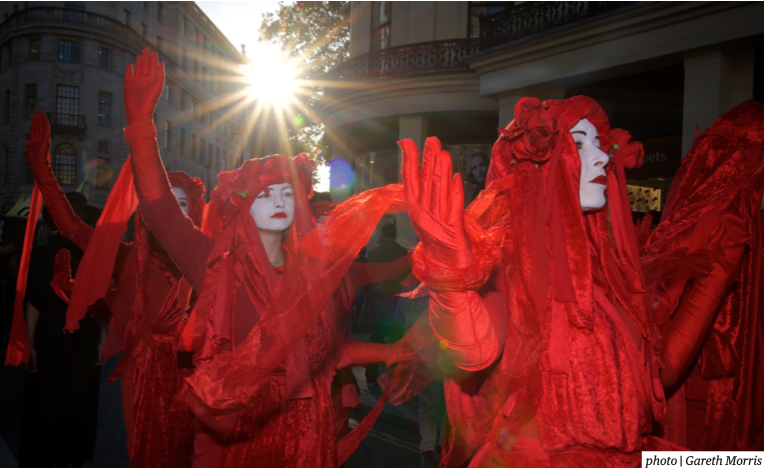 Imagine that you are walking through a forest at dusk.

Pine and larch trees loom above you. There is birdsong and a river somewhere nearby. It is spring, or autumn, always an in-between season. And you are tired. It has been a long journey, and soon you must find shelter and sleep.

Then, as you enter a clearing, you see something that shakes you into wakefulness. First there is the fence, made up of twelve posts, long and slender, shining like bones in the last of the evening light. Eleven of these posts are capped with skulls, grim and old, covered in bird faeces and cobwebs.

The thing that frightens you most is the twelfth post. It stands empty, ominously waiting.

Beyond the fence, you see a house – a cottage, squat and unremarkable. Its thatch roof could be ten or a hundred years old. There is dirty yellow smoke rising from the chimney.

As you walk through the yard your feet become entangled in chicken wire. Hens cluck around your boots. It takes a long time to reach the door. You feel like you’re walking around the house in circles, being chased by chicken. When you finally find it, it is entirely ordinary, except that it faces away from the path, toward the darkest part of the wood.

This is the story of Baba Yaga.

In Slavic folklore, Baba Yaga is a supernatural being who appears as a deformed or ferocious-looking old woman. In Russian fairy tales, Baba Yaga dwells deep in the forest in a hut that is usually described as standing on chicken legs. Asking for her help is a risk, as the old crone Baba Yaga may help or hinder those who approach her. She can also be nurturing and maternal. Much can be learned from this story based on the listener’s interpretation of the wise old crone.

Although it was first recorded in the mid 18th century in Russia and the Slavic regions, it surely comes from a much older oral tradition, told first one way and then another. Today it serves as one of the archetypal narratives of our culture, representing the witch or wise-woman trope. It shares DNA with the Norns of Norse mythology and the Greek Aphrodite. The legend is a lesson in human nature: both a moral tale and an example of how society treats its outcasts, especially older women, who may possess knowledge which is far beyond the common reach.

In the western world, the suspicion, persecution and eventual murder of witches can be traced back to classical antiquity. The Greeks, Romans and Visigoths all had laws dealing with witchcraft. However, by far the most intense and bloody period in witchcraft history was between the 15th and the 18th century, when roughly 50,000 people were brutally tortured and killed under the crime of witchcraft.

There were many reasons for this persecution, ranging from complex religious ideas to plain old patriarchal mistrust, and even economical gain – whenever a ‘witch’ was killed, all their wealth and land would automatically be taken by the church and the state. Who would have guessed that the witch trials were yet another triumph for capitalism?

By far the most interesting theory put forward for this mass slaughter of innocent people is that of environmental change. Scientists today are able to identify a period of abnormally difficult weather conditions in medieval Europe, starting as early as the 1300s and lasting all the way to the year 1850. This period is known as the Little Ice Age, and was characterised by a massive increase in frosts, floods, hailstorms and plagues of rodents.

The obvious outcome of this hardship was that people were starving, angry and desperate. In desperate times, outcasts and minorities become immediate targets of the bloodthirsty masses. History has shown us that society tends to persecute those who are seen as different or unusual in some way.

This, of course, becomes a self-fulfilling prophecy of cruelty and narrowmindedness, as the very voices that are being silenced are the ones needed to bring some kind of tangible change to the situation. And make no mistake, the blood of these crimes is still wet on our hands. Our world suffers today because of the viciousness of the past.

Ultimately, there can be no more obvious sign of a sick civilization than the systematic elimination of the wisdom of its elders and women – women who offered knowledge of nature, sexuality and the perspectives of the outsider. One day it would be nice to at least consider the possibility of a collective apology to the memory of these women who were so cruelly slaughtered by the church and the state under misguided delusions.

It would be even nicer to believe in a world brave enough to listen to the words of its outsiders. The words of those who are acutely sensual and not submissive to brutish patriarchy. Those who fly through the night on pestle and mortars, sweeping away the dark as they go. Those who dwell in huts on chicken legs in the depths of the forest.