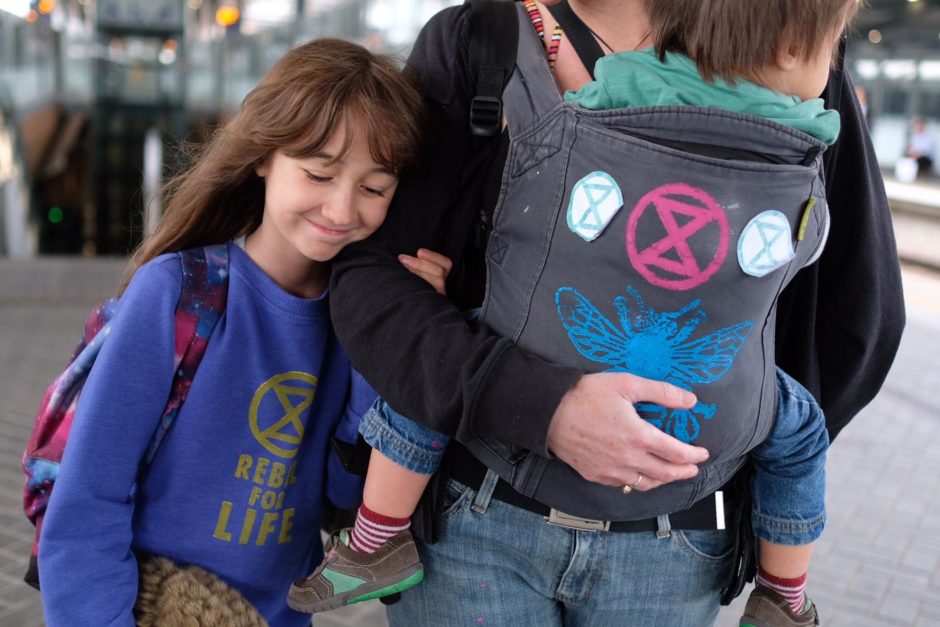 Extinction Rebellion UK – Thank you for having our backs

Well that was getting a bit scary wasn’t it! One day we wake up to find we’re extremists, the next not, then ish, then not. Thankfully now the matter has been cleared up, let’s get back to talking about what this is all really about – the climate and ecological emergency.

But first, a thank you.

Nearly two weeks ago it was revealed that some parts of the police have attempted to brand Extinction Rebellion as ‘extremists’. It was shocking because our only aim is to make the Government tell the truth and act on the climate and ecological crisis. We have never picked a fight with the police, only asking them to respect the right to protest, and to join us because it is not possible to safely police a society that has collapsed because of climate breakdown.

Of course, we’re not the first to be tarnished with this brush. Minority groups and other peaceful activists have been disproportionately affected and continue to be for simply questioning the status quo, peacefully practicing their religion – such as the Muslim community – or speaking up against societal injustices. We are particularly concerned that this stigmatisation can target and tarnish children – we are thinking here about children concerned about their future at the moment.

As we reeled from the news and searched for words, we were moved to see people from all walks of life jump to our defence. From members of the public to politicians from across the parties, ex police, lawyers and journalists expressed outrage, made statements and wrote articles – showing us that we have far more in common with each other than things that divide us.

We welcome Home Office minister Brandon Lewis’s words in Parliament on Wednesday “that Extinction Rebellion is in no way considered an extremist group under the 2015 definition of extremism and the home secretary has been clear on this point.”

This must remain true under any definition and hope that due focus can instead be given to the extreme situation we face.  At almost 1 degree C of warming, we are seeing ecosystem breakdown – from the wildfires across the Arctic to Australia, to the hurricanes that have destroyed communities in the Caribbean and Mozambique, to India’s record breaking heat waves and floods. To think and act like the UK and Europe will not be immune to this emergency is fiction, no country will be an island to this if business as usual prevails.