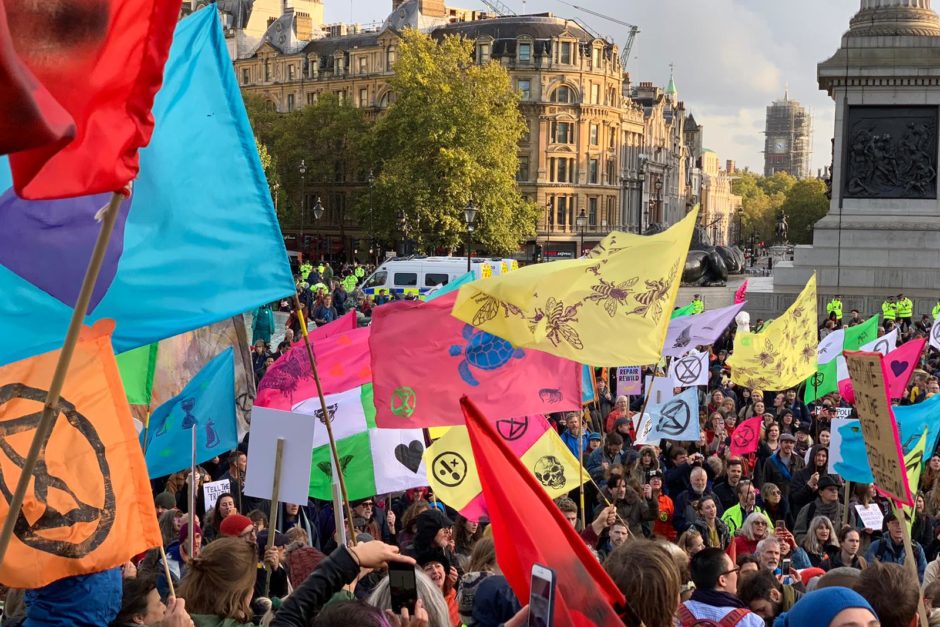 This ‘who’s who’ poster listing of groups in the UK that the police are telling people to ‘Run Hide Tell’ on is totally bonkers. Unfortunately it is not surprising. [1] See Poster here.

It is ‘Crude Divisive Dangerous’.

The guidance document makes it clear that not all the signs and symbols are of counterterrorism interest. However, if that’s the case, why include them in a counterterrorism document? Anyone who interacts with Greenpeace or UK Uncut is technically a terrorist anyway, according to this document…

This is nothing short of pointing a finger at anyone that thinks differently to ‘business as usual’ – which is taking humanity to its grave – and lumping them all together. The chilling effect is to leave people feeling under scrutiny, watched and pressurised, feeling othered, ashamed or afraid to be open about the things they care about such as the environment and the world around us. In the past few months we’ve seen cases of people being banned from political conferences, asked to keep quiet at work and investigated by employers for speaking out against company policy and taking days off to go on strike.

This labeling of ordinary people – grandparents, doctors, pregnant mothers, bus drivers, rabbis and more – concerned about the environment is deeply concerning and puts them at risk at a time when society needs to come together and face the climate and ecological emergency.

Paul Stephens, Former Detective Sergeant in the Metropolitan Police for 34 years working in people safeguarding, said:  “The police need to be very careful right now. They are acting in ways that influence people politically publishing literature that can deter young people from protesting peacefully to save their own lives!”

George Ferguson CBE – former elected Mayor of Bristol and past President RIBA, said: “It makes my blood boil to see Extinction Rebellion, Greenpeace and other vital climate campaigns being listed together with genuinely hateful extremist organisations. This is outrageous misuse of the Prevent legislation and an assault on our democracy and deeply misleading to schools and young people.”