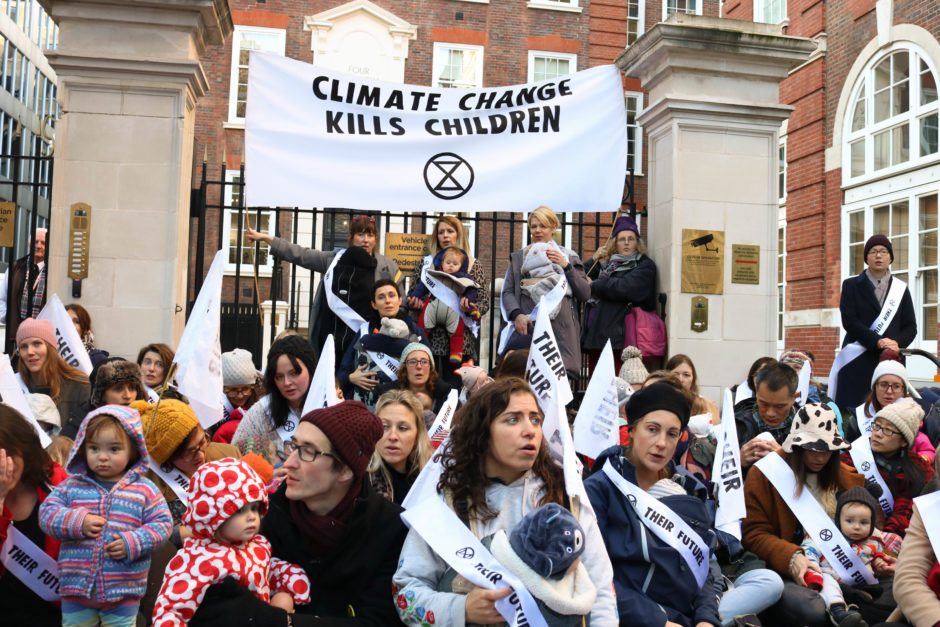 ‘How dare they’ – Extinction Rebellion responds to terrorism slur by Police

How dare they. Children up and down the country are desperately fighting for a future. Teachers, grandparents, nurses have been trying their best with loving nonviolence to get politicians and big business to do something about the dire state of our planet.

And this is how the Establishment responds. [1]

In a world of misinformation, where lies travel faster than the truth, we can’t help but wonder was this a deliberate attempt to silence a legitimate cause. Wouldn’t it be nice if they focused on the real extremists, the fossil fuel companies and those that do their bidding.

A record number of people in the UK have expressed concern over the climate and ecological emergency. The truth is out. 2020 is the year we must act to save our future.

Former police Chief Superintendent Rob Cooper said “I find it astonishing that police in the Southeast of England regarded Extinction Rebellion as an extremist group. XR is non-violent group working hard to save the planet from government inaction and a climate and ecological emergency.

“We are grateful to the Guardian for bringing this to light and note that national anti-terrorism officers will correct this ridiculous decision.

“If they wish to add anyone to their list of extremist groups perhaps they should consider fossil fuel lobby groups – they seem to be very effective at indoctrinating politicians around the globe and enabling oil, gas and coal companies to receive massive subsidies whilst the planet burns.”

Former police detective sergeant of the Metropolitan Police Paul Stephens said: “When are the police going to wake up?” The climate and ecological emergency is the most serious threat to public safety in history and the longer this government fails to address it and continues to invest in fossil fuels, the greater the problem will be for the police.

“Who hasn’t criticised our system of government in recent years? Are we all extremists?

”I have never seen anyone in Extinction Rebellion encourage violence in any way to anyone. Quite the reverse. As a former police officer of 34 years experience, I seriously doubt the political independence of those who published this nonsense.

I really hope that ‘Prevent’ was not being used as a way to continue the intimidatory tactics used against peaceful protesters last October.