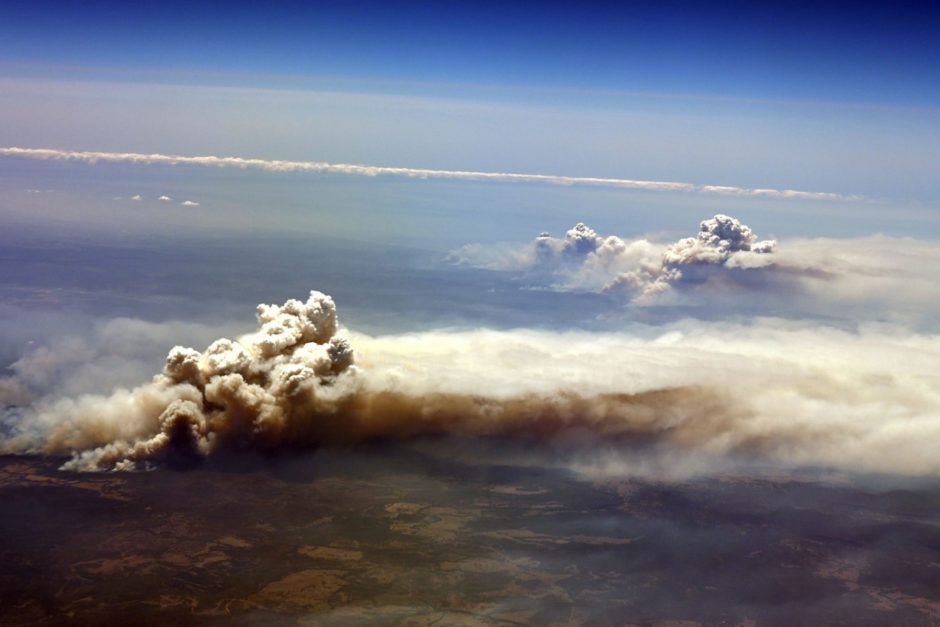 From 12pm today, hundreds of people from Extinction Rebellion UK are protesting outside the Australian Embassy on the Strand in London to protest against the Australian government’s failure to respond to the bushfires and the climate and ecological emergency.

Dressed in animal costumes or wearing red, protestors were supported by the well known ‘Red Brigade’. Several activists also held banners with the words ‘Burning Earth’. Speeches were made by Australians who have been affected by the fires and Anna Moore who is an NHS respiratory doctor and mother of 4.

The protest is drawing attention to the “betrayal” of the Australian government in failing to protect Australians from the bushfires. Right now Australians are receiving government alerts on their phones “you are in danger and need to act immediately to survive”.[3] The warning could not be more prescient. Unfortunately, media in Australia is dominated by Murdoch and climate scepticism and denialism is rife. [4]

Anna Moore, an NHS respiratory doctor, and mother of 4 said: “I spoke to a doctor in Sydney yesterday – they’re used to coping with bushfires but the scale of these fires is unprecedented. No one has seen this before. The fires are so widespread that for many people there is nowhere to go. People who need oxygen to breathe have no choice except to come into hospital because their oxygen supplies need power. Emergency departments are overwhelmed with people – especially babies and the elderly whose bodies just can’t cope with the heat.”

Sally Davies, a magazine editor from Australia said “Both major political parties have betrayed the Australian people. The Prime Minister and his Government deny the science of climate change while handing buckets of money to the big polluters. Meanwhile Labor professes to want the world to decarbonise but supports Australia continuing to sell coal and gas overseas. These bushfires are the most deadly and vivid evidence yet of the environmental emergency the world is facing. It’s in Australia’s supreme and urgent national interest to use all the diplomatic and economic tools at our disposal to rapidly push ourselves and other countries towards a zero-carbon future.”

Dorothea Hackman a 67 years old grandmother of dual nationality said: I am just so very sad for people and wildlife in Australia. The bushfires around Canberra in 2003 showed us what to expect and there have been warnings about the consequences for Australia of climate change, yet the government did not prepare. We need to see the Australian Government acknowledge the connection between climate change and these bushfires, and declare a climate and ecological emergency now and take action.”

It comes as Siemens are set to decide whether or not to provide infrastructure services to the Adani coal mine project in the Galilee Basin in Australia. Siemens was awarded a contract for supplying rail signalling infrastructure for the line from the mine in Queensland. But tt’s been reported that Siemens CEO Joe Kaeser invited Fridays for Future representative Luisa Neubauer, one of the best known figures of the movement in Germany, to a meeting on the project today. Kaeser had said in December that he would look into the activists’ criticism and that the decision “may or may not change”.