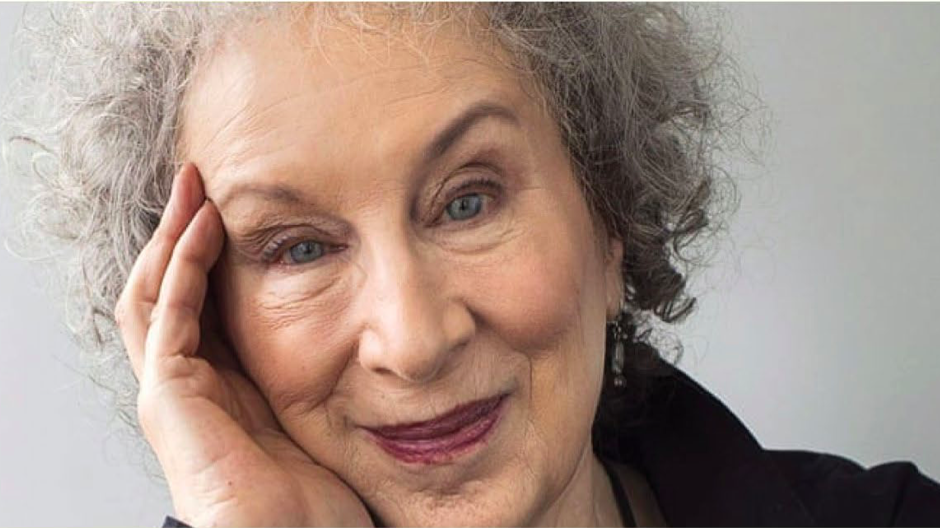 They say don’t meet your heroes.
Perhaps this is because you can’t have a relationship with someone on a pedestal: it’s much easier to worship from afar. When I go to meet Margaret Atwood at the Covent Garden Hotel in London, I have forgotten this wisdom and my head is full of fantasies. I am here to see her to ask for support for the Writers Rebel project, which encourages published writers to focus on the climate crisis.

Margaret Atwood is not only one of the most renowned novelists on the planet, she has also been defending its ecosystems for more than fifty years, most of them with her late husband, the renowned conservationist Graeme Gibson, at her side.

I first read her iconic dystopian novel, The Handmaid’s Tale, in the seventies: a long time before the recent Netflix series that captured the imagination of a whole new generation. I am not alone in my Margaret worship. When Kasuo Ishiguru accepted the Nobel Prize in 2017, he went so far as to apologise to Atwood that it hadn’t been awarded to her.

Now eighty, she is well-groomed with curly hair and sharp nose and cool, grey eyes. Her voice is low, astute and warm.

My first question to Atwood is regarding the role of writers in the climate equation. “You can’t dictate to artists what they should do,” she tells me, “They’ll figure it out. And they’re already figuring it out. So my own feeling is just, you know, give the artists carte blanche but don’t tell them what to do.”

I had assumed that since birds have been around from before the time of dinosaurs, that they might survive but she puts me right: “Birds are going to be in trouble. Birds are already in a lot of trouble.”

As a new activist without a long history of engagement and years of background reading, I feel this lack when talking to veterans like Atwood. But Atwood herself is just relieved that thanks to organisations like Extinction Rebellion, the issue is at last being given prominence and airtime.

In fact she wore the extinction symbol to the Booker ceremony in London last year – a political fashion statement that garnered a lot of attention for the movement when she shared the prize with Bernadine Evaristo.

She confirms her enthusiasm to me in person: “What is going to make the difference is mass movements like Extinction Rebellion and the youth strikes.”

“I mean, it’s nice to be interviewed and all of those things, but do I think it’s going to make a blind bit of difference? I know a few people will listen to it, but out of the fullness of humanity, not very many really. However, a mass movement, such as is now afoot, can make a difference because it gets politicians to move the needle.”

In particular Atwood warns those politicians against dismissing the youth strikes: “They may be 16 now, but in a couple of years, they’re going to be voting and unless you get to it, they’re certainly not going to vote for you.”

For Atwood it’s imperative that ecological movements offer practical incentives: “What you have to do is add a positive element. Because if people think there’s no hope, they do nothing… So you need some practical minds. You know, if everybody starts working on this, here’s where the jobs are going to be found.”

Atwood’s emphasis on mutual benefits comes from her long history with conservation: “If you go to an area where there are residents and rare birds, unless you make it worthwhile for the people who actually live there to save that bird, they will not do it.”

Finally when I mention that for me the person who has so far written the most beautiful words for climate activism is Greta Thunberg, we find a sense of perfect accord. Atwood waxes lyrical: “She’s wonderful, and she’s impervious to people slagging her off. For me she is the Joan of Arc of the environment. I think she needs a big white horse.”

We end with a laugh, and for me a sense of relief. So my heroine’s heroine is someone who I also revere. Maybe I do have a little in common with the marvelous Margaret Atwood.