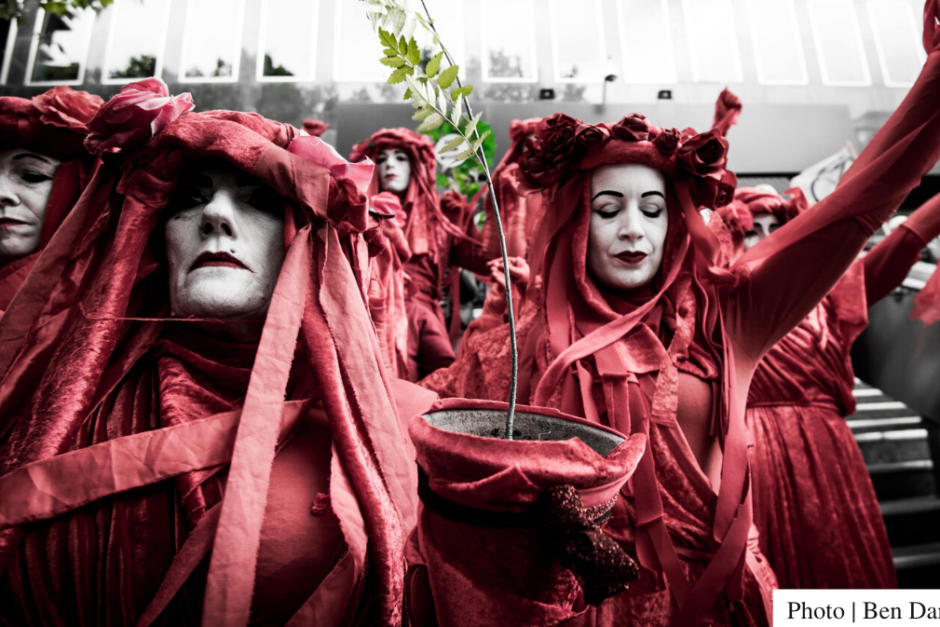 The Extinction Rebellion student activist group is asking that the University takes the climate and ecological crisis seriously, and that it accepts responsibility for its contributions by taking bold steps to reach carbon neutrality by 2030.

One of the activists said, “The university has a responsibility to teach the truth, and to communicate the severity of the climate crisis to all students and staff, rather than just having the occasional sustainability module as a token afterthought.”

The students entered the university grounds at night, planting trees after midnight in heavy rain. Many trees were planted in central areas of the universities, including the middle of the iconic amphitheatre by the lake, where a pink extinction symbol was spray painted, and trees planted along
its lines. Security were unaware of the extent of the action during the night, but did notice some of the tree locations the next day and proceeded to uproot the oak and hawthorn saplings. The majority of the trees, in safer locations, remain.

“Our council, Bath and North East Somerset, has declared a climate emergency, alongside the majority of jurisdictions in the UK, and over 12,000 worldwide, in 28 countries. It is now time for our institutions to step up to this challenge, and take the necessary action to reach carbon neutrality by 2030.”

One area targeted was next to a new multi-million pound building, made of concrete and steel.

The University of Bath spends an average of £1 million on buildings every week, but when approached by students weeks before the action, they refused to allow a single tree to be planted. The university continues to indirectly fund fossil fuels through its investments and banking with Barclays Bank. It also has relationships with fossil fuel giants BP and Shell.

As a result of similar student-led actions, The Universities of Bristol, Exeter, Lincoln and Newcastle have declared a climate emergency and are planning for net zero by 2030.