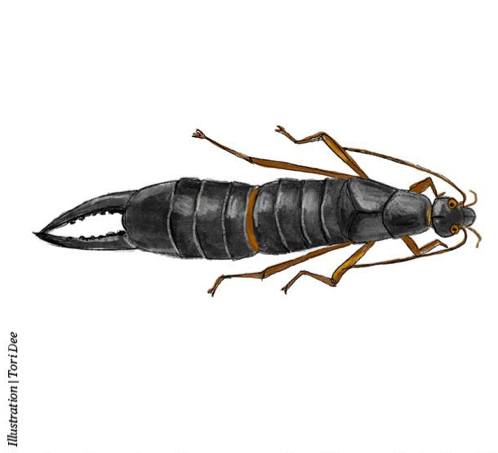 Our planet’s insects are collectively the cogs that keep the delicately tuned ecological machine in balance, but through a combination of temperature change, habitat depletion and modern agricultural practices, we are losing many of our insect species.

Humankind needs insects in order to survive. They are crucial decomposers that help to break down and dispose of wastes, dead animals and plants. They are also pollinators, and play an essential role in the food web. However, according to the latest scientific global review on biodiversity, more than 40% of insects are declining and a third are endangered.

The St Helena Earwig (Labidura herculeana) was the world’s largest earwig before it was declared extinct. Growing up to 7cm long, the earwig was found exclusively on a volcanic rocky outcrop in the middle of the Atlantic. Some naturalists consider St Helena’s ecosystem to be as important as that of the Galapagos Islands.

The earwig lived in deep burrows and would emerge during the night to feed on rotting vegetation. It was mostly found in rocky areas but also observed in forests and seabird colonies around the island.

The last time the St Helena Earwig was spotted alive was in 1965 during an expedition by a Belgian team of researchers.

In 2005 there was an outcry from conservationists when planning started for the new St Helena Airport which was to be built on Prosperous Bay Plains, a biodiversity hotspot. If there had been any earwigs still alive deep underground, the building of an airport most probably secured the species’ status as extinct. A further hunt by Howard Mendel from the Natural History Museum in London also failed to find it during a visit with zoologists Philip and Myrtle Ashmole in 2005-6.

In 2014 the International Union for Conservation of Nature (IUCN) declared the St Helena Earwig extinct with a chilling statement: “the habitat…has been degraded as far as this species is concerned… by the removal of nearly all surface stones, under which specimens were then found, for construction purposes”.