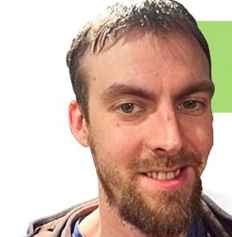 ECO-FASCISM: THE THREAT IS REAL

According to the Oxford English Dictionary, eco-fascism is “Radical environmentalism of a type perceived as excessive, intolerant, or authoritarian”.

When a government uses a threat to the environment to justify autocratic
rule and the removal of rights, we call it eco-fascism. Attaining net zero greenhouse gas emissions by 2025 would be easy if we imposed authoritarian rule. The oil and gas industry could be shut down overnight without regard for massive job losses, transport infrastructure collapse, and a host of other potential outcomes.

However, disengaging from civil rights, workers’ rights, borders and immigration, Indigenous sovereignty, and feminism, creates the right conditions for eco-fascism to thrive. Saving the world doesn’t just mean protecting us from extreme weather, food and water shortages. What kind
of world are we saving if our rights and freedoms are taken away?

One of the rationales for Extinction Rebellion’s demand for a Citizens’ Assembly is an attempt to prevent an eco-fascist future. Decision-making power should be given to ordinary citizens rather than corruptible politicians.

Ecological breakdown will affect everyone, but the people affected the most are those who are already at a disadvantage. Those living in parts of the world that suffer due to British colonialism, aggressive American foreign policy or Western capitalism, refugees, and those living in poverty. In fact, almost all political issues intersect with climate change; it makes everything worse. Their struggles are part of our fight.