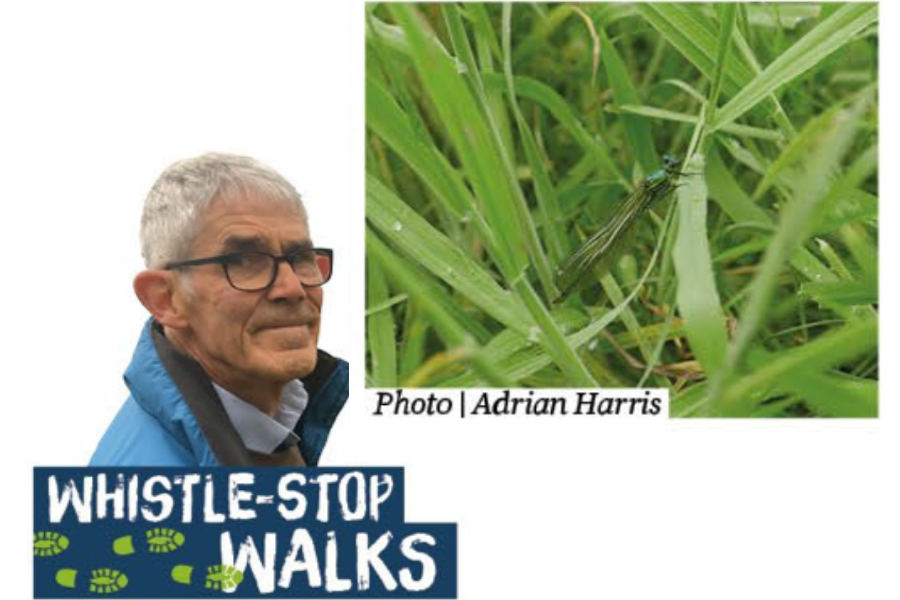 Along the Thames Path

Our greatest river begins under a protective spinney in a Gloucestershire field. Did Isambard Kingdom Brunel deliberately route his London to Cheltenham railway within yards of this spot, drawing support from the watery spirits? My train to Kemble Station, a short stroll from the source, started at Paddington, which is only a mile from the Thames at its most regal.

The Thames Path is the most the most accessible of long distance trails. Today I’m walking the first 11 miles.

I follow the stripling river across a field under a line of tottering trees. There are still traces of once abundant haymeadows, through which Victorian writers would wade, kicking up clouds of seeds and perfume all the way to London.

It’s odd to walk along a boat-free Thames – the accepted starting point for navigation is Lechlade, 20 miles on – given over entirely to wildlife. A heron rises languidly, with the characteristic resistance to sudden departure of birds with big wings.

St. Sampson’s Church, Cricklade, appears, the four pinnacles on its tower like newly sharpened pencils crammed into a holder. In season, North Meadow nature reserve is a mile-long torrent of pink and purple snake’s head fritillaries.

The young Thames will drift and dream for many more miles, but I leave it here. Still relying on public transport, I take the 51 bus from Cricklade to Swindon station for my train home.