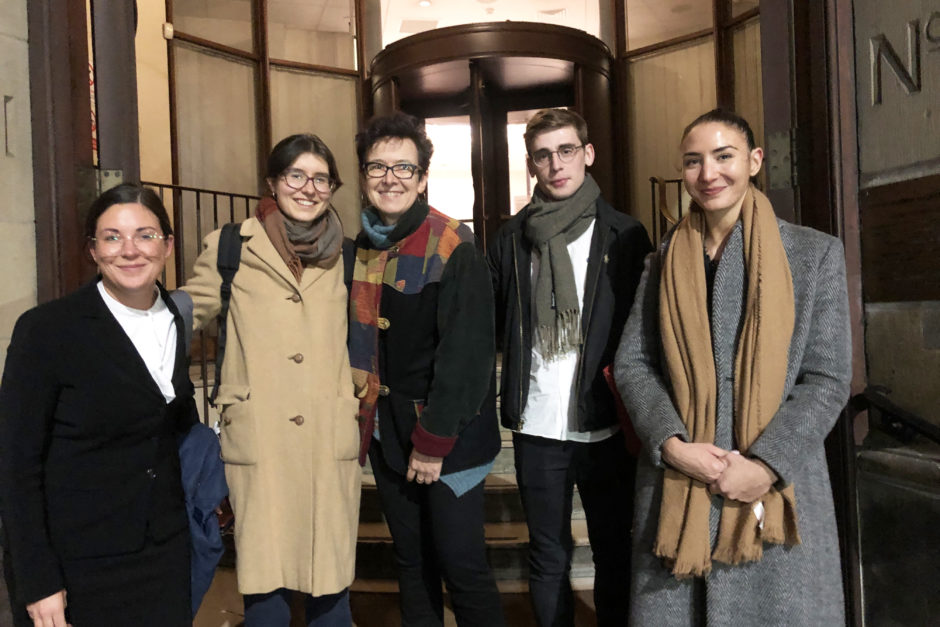 Three more Extinction Rebellion protesters were acquitted yesterday after a second judge ruled that arrests made during the April rebellion were unlawful.

Caroline Vincent, 56, Clare Carlile, 24 and Jake Costello, 23, were on trial for breaching Section 14 of the Public Order Act while occupying Waterloo Bridge in April.

But the judge at City of London Magistrates Court found them not guilty because the police officer who imposed the Section 14 condition had a flawed understanding of human rights law.

Their acquittal follows that of four other Extinction Rebellion defendants last Tuesday (December 3rd), when Chief Inspector McMillan was shown under cross-examination to have given significant weight to irrelevant factors when deciding to outlaw protest on Waterloo Bridge on the first evening of the rebellion.

The four found not guilty last week were John Coghlan, 58, a retired manager, from Bath; Hannah Van Den Brul, 31, a music teacher from London; Spencer Upton, 27, an aquaculturist from Bodmin; and Beth Somerville, 20, a student, also from Bodmin.

After McMillan reaffirmed his earlier testimony at yesterday’s trial, the judge hearing the case decided there was no case to answer.

Future cases relating to the Section 14 imposed by Chief Inspector McMillan –  including a trial due to take place at City of London Magistrates Court tomorrow (Thursday 12th December) – could be affected.

These acquittals raise yet more questions about the Met’s policing of Extinction Rebellion protests.

The High Court has ruled that all Section 14 conditions imposed during the fortnight of the October Rebellion were unlawful, following two Judicial Reviews brought on behalf of Extinction Rebellion. As a result, over 1,000 protestors have had police investigations and charges against them dropped. They may also now bring compensation claims against the Met for false imprisonment.

And last month, police monitoring body Netpol’s extensive report into the policing of the October Rebellion set out evidence of widespread police misconduct.

Speaking after the verdict, Caroline Vincent PhD, a consultant for the pharmaceutical industry from North London said: “Of course I am happy at the not-guilty verdict due to an unlawful section 14. Nevertheless, I cannot help thinking that the criminal justice system should recognise that our actions were justified under the defence of Necessity.

“The only way we can mitigate the climate crisis and the ecological breakdown, is for our society to admit responsibility and to act with the immediacy dictated by the imminent danger we are all facing. Everyone has a moral obligation to act now.”

Clare Carlile, a journalist from Manchester, said: “It was brilliant to see our cases thrown out: I believe our protests are a proportionate and democratic response to the government’s criminal inaction. But it also seems to reflect some of the problems with our legal system – knowing others who were arrested at the same time and in the same place but have pleaded guilty because they couldn’t afford a trial.

“We talk about the climate crisis as a threat, but it is already a reality for many around the world. We still talk as though it’s an apolitical phenomenon, when in reality it is completely bound up in systems of power, colonialism and exploitation. The UK has to take responsibility and respond.

“I spend my work life reading about UK companies that inflict environmental destruction and exploit the climate vulnerable around the world, and yet continue to be supported by our government. Joining XR and being arrested is a way I feel able to demand change.”

The third defendant, Jake Costello, a bartender from Liverpool, said: “a weight has been lifted”.