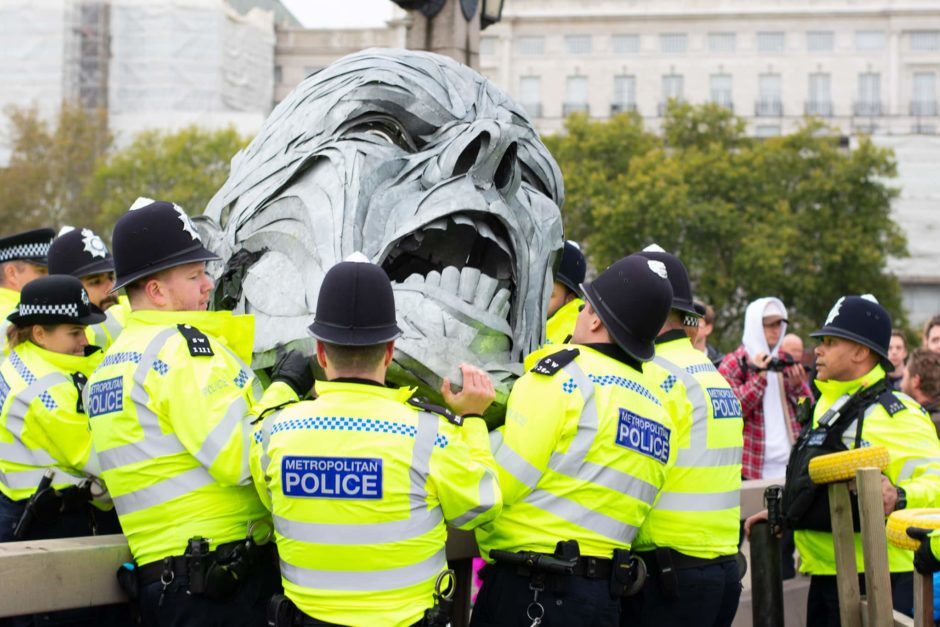 The Metropolitan Police has admitted to the unlawful use of Section 14 of the Public Order Act during the first week of October’s International Rebellion, following a ‘Letter Before Action’ sent by lawyers on behalf of Extinction Rebellion.

This morning, the Crown Prosecution Service (CPS) informed scores of Extinction Rebellion protesters already charged with breaching Section 14 orders during both weeks of the International Rebellion that their cases will be discontinued. Police investigations against hundreds of others are also expected to be dropped.

The news follows Extinction Rebellion’s landmark victory in the High Court earlier this month, in which the Met’s blanket Section 14 ban from the second week of the International Rebellion was ruled to be an unlawful overreach of Police powers.

Following the Met’s admission, Extinction Rebellion has today filed an application at the High Court to formally quash the Section 14 order from the first week.

The combination of Extinction Rebellion’s successful judicial review and this concession by the Met (once it has been sealed by the High Court) means that all arrests for Section 14 offences offences between 8 and 18 October 2019 will be considered unlawful.

“Extinction Rebellion is glad to see that the Met Police and the CPS have recognised the implications of our successful challenge earlier this month. It underlines the need for proper policing that doesn’t waste precious public resources. These admissions of unlawful arrest do not impact on other arrests for criminal damage or related to aviation and railway legislation, for example. But they do affirm that when the people of this country assemble peacefully to demand action on the Climate and Ecological Emergency the law is on our side.”

Martin Marston-Paterson, one of those arrested under the first week’s Section 14 order and a claimant in Extinction Rebellion’s Letter Before Action to the Met regarding that order’s legality, said:

“I am delighted to see that the Met have conceded the illegality of the 8 October Section 14 order in the light of the judgment in Jones. It is to be hoped that the police will, in future, take much greater care to act within the law and to balance the right to protest with their desire for public order”.

Jules Carey of Bindmans LLP who were instructed by Extinction Rebellion said:

“We welcome the Police’s confirmation that they will not dispute the legality of their 8 October Section 14 ban. While we wait for the High Court to formally address the issue, it is now clear that the policing of the Extinction Rebellion protests was a mess: the right to protest was overlooked, police powers were overstepped, and a significant clean-up operation is now required in the criminal justice system to deal with hundreds of cases that should never have been brought”.