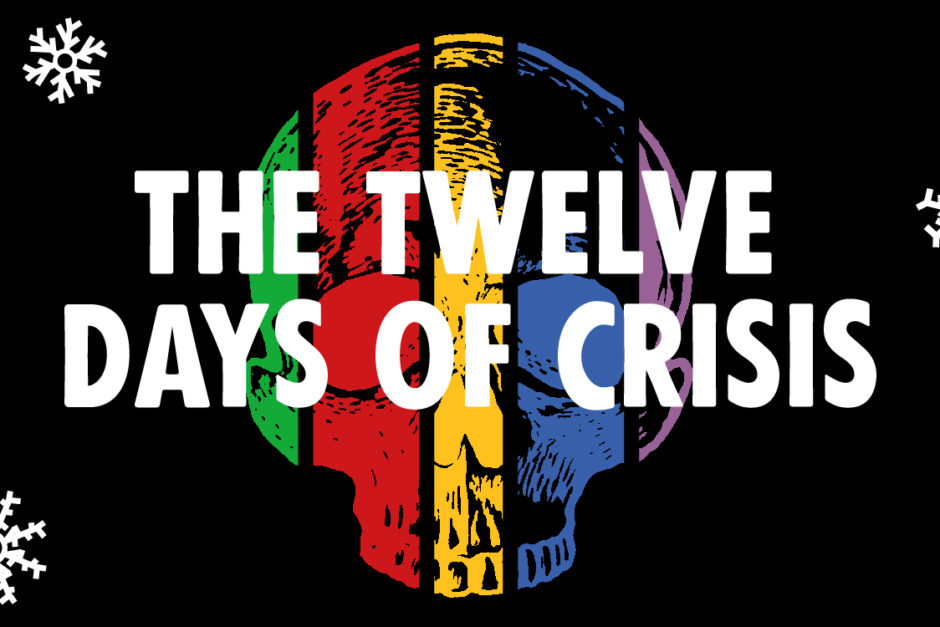 This is an election like no other. The Climate and Ecological Emergency has risen to a level of equal importance in the public mind to the NHS, the economy, and crime. Candidates are being seriously challenged on their environmental plans and policies. Extinction Rebellion groups up and down the country have been organising climate-themed hustings on a scale not seen before.

But none of our political parties’ manifestos have gone near to tackling the issue at hand. Our next government must act to prevent incalculable human suffering.

Floods are destroying people’s lives once again this weekend across the country. Millions of tonnes of crops are rotting in drowned fields, and the prices of staple goods are set to rise as a result. Australia and California have just suffered excruciating wildfires. Large parts of India are recovering from crippling drought. This is happening now and we have a duty to exert pressure in this election, to ensure the Climate and Ecological Emergency is the number one issue on voters’ minds when they cast their ballot in three weeks – and to demand that our politicians sign up to the Three Demands Bill.

Next Sunday, December 1, marks the start of our next phase of Rebellion, the 12 Days of Crisis. This runs right up to the eve of the election, and coincides with the duration of the COP25 Climate Conference in Madrid.

Over these 12 Days, Extinction Rebellion activists across the country will highlight the vulnerability and immediate threat of the climate and ecological crisis to our way of life. Our Water. Our Food. Our Health. Our Homes. Our Emergency Services. Our Pensions. Our Jobs. Our Transport. Our Families. Our Democracy. All are under immediate threat.

Sarah Lunnon of Extinction Rebellion’s Political Circle:“In the end, climate and ecological breakdown is a moral question. How much life will you accept dying? Just how terrible a world will you leave the world’s children? None of the major parties’ manifestos make the call for mobilization that is needed to defend and protect life on earth.”

Rebels from Wales to Cumbria are set to ramp up the pressure on our politicians; from singing Crisis Carols and setting off Air Raid Sirens to occupations of high level political targets. The 12 Days of Crisis will kick off with a nation-wide Sounding of the Alarm, and proceed with a series of powerful actions outside Political Party HQs and on the campaign trail.

The timeline for the 12 days is as follows:

PAINT THE STREETS
WHEN: Saturday 30th November, from 6pm
WHERE: Across the UK

The Paint the Streets Challenge is a national flyposting event, taking place on the 30th November. Join us on the Telegram chat to receive a series of flyposting, stickering and general disobedience challenges.

SOUND THE ALARM AND RAISE THE FLAG
WHEN: Sunday 1st December
WHERE: Across the UK

With air raid sirens, pots and pans, sound systems, and more, Extinction Rebellion groups across the UK are planning to Sound the Alarm in their local areas to usher in our 12 Days of Crisis this Sunday. Activists will be raising the Flag of Extinction on public buildings, schools, offices, town halls and landmarks – with or without permission. This is a Rebellion against the very real future of a decimated planet. Join the Telegram chat.

XR MOTHERS AND BABIES FEED-IN
WHEN: Monday 2nd December from 11am
WHERE: Political Party HQs (beginning at Conservative Party HQ, 4 Matthew Parker St, SW1H 9HQ, before moving to the other party HQs)

Mothers and babies of Extinction Rebellion will be holding for a roving feed-in for the children of the climate and ecological emergency, at the headquarters of our main political parties ahead of the #ClimateElection. In this beautiful ceremony, mothers and their babies will demonstrate outside political party HQs, singing and feeding their babies. Wearing sashes emblazoned with the words ‘their future’, they will demand that the climate emergency is at the heart of this election and tell the parties – you are their last chance.

BEE-YOND POLITICS
WHEN: Wednesday 4th December
WHERE: Across the UK

This election, the Climate and Ecological Emergency needs to be at the top of the agenda. We know this. But some of our esteemed politicians seem to have forgotten. A swarm of creative die-ins along the campaign trail should remind them.

SEVERE WEATHER WARNING
WHEN: Thursday 5th December
WHERE: Across the UK

With parts of the UK currently submerged due to floods, we are feeling the effects of the Climate and Ecological catastrophe already. On the 5th day of the Election Rebellion we will draw attention to the fact that the climate crisis causes floods, rising sea levels and coastal erosion.

By delivering ‘severe weather warning’ weather forecasts across the UK, we aim to illustrate that though flooding means different things to different communities, this is an issue that threatens us all. Join the Telegram Chat.

This Critical (Political) Mass will disrupt the road networks from Hyde Park Corner to a location near Heathrow Airport, where we will have our own bulldozer, along with music, food and a variety of speeches from local campaign groups and XR activists. Highlighting the hypocrisy of Boris Johnson’s pledge to lie in front of bulldozers to stop the construction of Heathrow’s third runway, he, John McDonnell and other local politicians will be invited to mourn for the loss of wildlife and biodiversity already caused by the airport.

THE AIR WE GRIEVE
WHEN: Monday 9th December
WHERE: Across the UK

Join us to grieve the air that is no longer safe, protest against the negligence of this government, and to honour lives that have been lost to the carelessness of climate inaction.

On Monday 9th December, we will come together to sit peacefully in protest on highly polluted streets all across the UK. With performances, dynamic imagery, and creative messaging, this action will be a sombre and potent statement to whichever government comes into power at the end of this election season. This is an opportunity to communicate our resistance and our passion to those people who are offering themselves forth as representatives of this country.

Santa Claus is coming to town – but have the UK’s political parties been good this year… and what will they get in their stockings?

This action will highlight the distance between manifesto promises on the Climate and Ecological Emergency and the critically short time we have to affect change in a country still wedded to fossil fuels.

The 12 Days of Crisis represents the next stage in a mounting campaign by Extinction Rebellion in the run-up to the Climate and Ecological Emergency Election. Already, Rebels in their second week of hungerstriking have secured meetings with four of the seven main UK political parties – Labour, Liberal Democrats, Greens and Plaid Cymru – to encourage our politicians to support the Three Demands Bill and explore the use of Citizens Assemblies.

Jamie Kelsey Fry of Extinction Rebellion’s Citizen’s Assembly team: “Whichever government the British people elect, it will be the last government in UK history that had the chance to act genuinely as if we are in the absolute Climate Emergency that we are in. All the main parties have shown that they are not up to that challenge; they are rearranging the deckchairs on the Titanic to a greater or lesser extent. It is only the great british public, chosen at random like jury service, being brought together in a thorough process giving them a 360 degree understanding of this emergency, who can be trusted to make the very hard decisions that have to be made if we are going to avert a hell like future.”