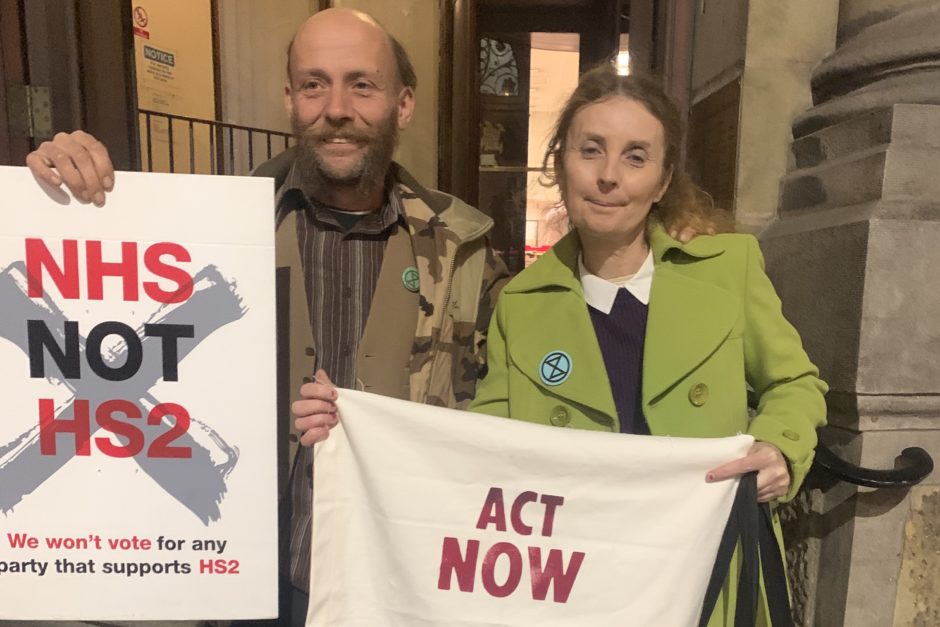 Rebel Who Glued On in Court Sent to Prison

Melanie Edwards, a carer from South Wales, has been sentenced to seven days in prison for glueing herself on in court during her own trial.

She was found guilty of contempt of court and is serving out her sentence at Bronzefield Prison in Ashford, becoming the first Extinction Rebellion protestor to receive a custodial sentence.

Melanie, 41, glued one of her hands to the witness stand during her trial at City of London Magistrates Court on Monday. She then read out a letter explaining her action, which was taken into evidence as part of her testimony. Witnesses said those present in the courtroom stood as a sign of respect during the reading, with many moved to tears.

Police arrived to remove her, but were stood down from arresting her for criminal damage by District Judge Briony Clarke, who said she would rule on a contempt charge at the conclusion of the trial the following day.

Melanie was on trial for breaching Section 14 of the Public Order Act during the April Rebellion when she superglued herself to the pink boat in Oxford Circus. She was found guilty of the original charge and received a nine month unconditional discharge.

After the two hour hearing that followed on the contempt charge, District Judge Clarke expressed sympathy with the defendant and reluctantly imposed the custodial sentence after Melanie refused to give an unconditional apology.

She is expected to be released from Bronzefield on Monday.

(This story was updated on Wednesday 20 October to include news of Melanie’s sentence.)