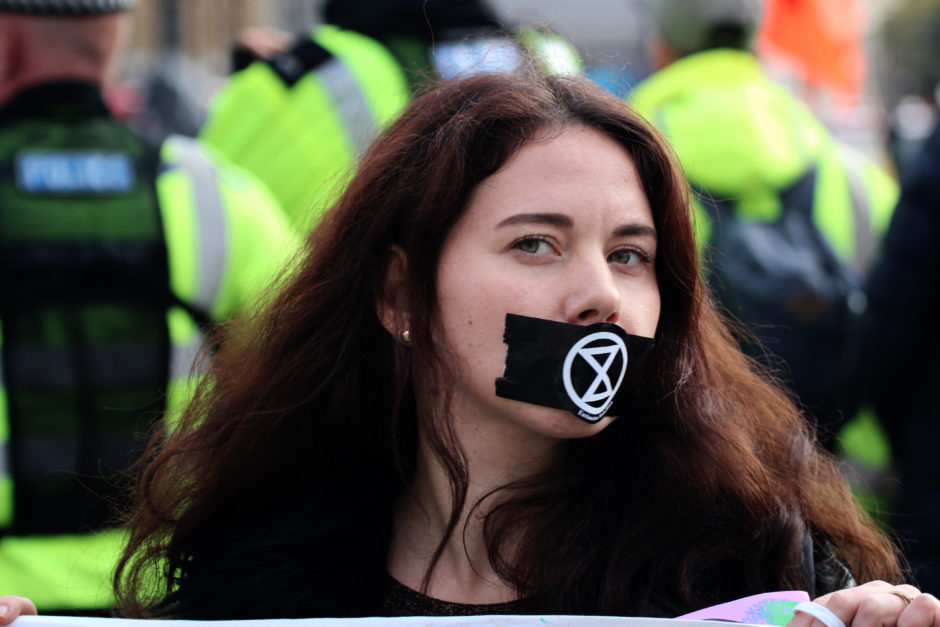 More than 230 people have committed to take part for at least one week, with more signing up daily [1]. The strike aims to highlight the vulnerability of our food supplies and force governments to enact Extinction Rebellion’s three demands.

Today, Extinction Rebellion UK will hand deliver letters to each political party, requesting a filmed meeting with party leaders to ask for their support for the Climate and Ecological Emergency Bill (the ‘Three Demands Bill’) [2][3]. If they refuse the meeting, Extinction Rebellion UK activists promise to join hunger strikers around the world this coming Monday.

The first letter of intent was delivered at 9:20 am this morning at the Conservative Campaign Headquarters, 4 Matthew Parker Street, London SW1H 9HQ.

Hunger strikers range from 83-year-old La Pethick from the UK to 16-year-old Christina Dithmar in Germany [4]. Christina, Extinction Rebellion Germany, said: “I don’t want to hunger strike. I’m fully aware of all risks this brings with it as well as the fact that I’m actually too young to do a full hunger strike. Yet, I don’t see any other option given where we are headed. I don’t want to lie in my bed crying, feeling helpless, not taken seriously.”

The UK Hunger Strike will also mark the launch of the ‘Election Rebellion’, which will involve a series of disruptive actions in the run up to the General Election on the 12th December.

Election Rebellion will focus on our vulnerability to the Climate and Ecological Emergency. Along with water shortages, floods, wildfires, threats to security and strain on our emergency services, the climate crisis threatens the planet’s food supply with extreme weather from drought to ever more dangerous and destructive storms. No one is safe from this crisis. It is time to act.

The Global Climate Hunger Strike was initiated by Giovanni Tamacas of Extinction Rebellion US. Giovanni’s mother is from Vietnam and father from El Salvador. Like millions globally, his family are already feeling the devastation of the Emergency.

Giovanni, 20, said: “We are hunger striking because we have no choice. We are being taken to our deaths. Greedy governments and corporations have criminally and catastrophically failed to tackle the climate and ecological emergency. Our shortsighted governments are too systemically corrupt to stop mass starvation, societal collapse, and the death of billions of humans. We are therefore demanding that governments commission and be led by the decisions of an independent Citizens’ Assembly on climate and ecological justice.”

The hunger strikers are employing this last resort tactic after more than three decades of petitions, protests and campaigns have failed to secure the urgently needed responses to mitigate ecological and climate breakdown. By denying themselves their basic needs, the hunger strikers hope that their bodies will sound the alarm.

[4] Everyone who will participate as a hunger striker will need to fill in a form. The form is mandatory and if a striker is not registered, they will not be considered as part of the Extinction Rebellion Global Hunger Strike. This is for safety reasons.

Furthermore, we are imposing a strict 24 hours limit for participants under 18 to hunger strike for health and safety reasons. For an under 18 to participate they MUST have both medical and parental consent and complete this form.

Our objective is to put the Climate and Ecological Emergency at the top of the agenda for this election.

Our purpose is to connect people with the emergency