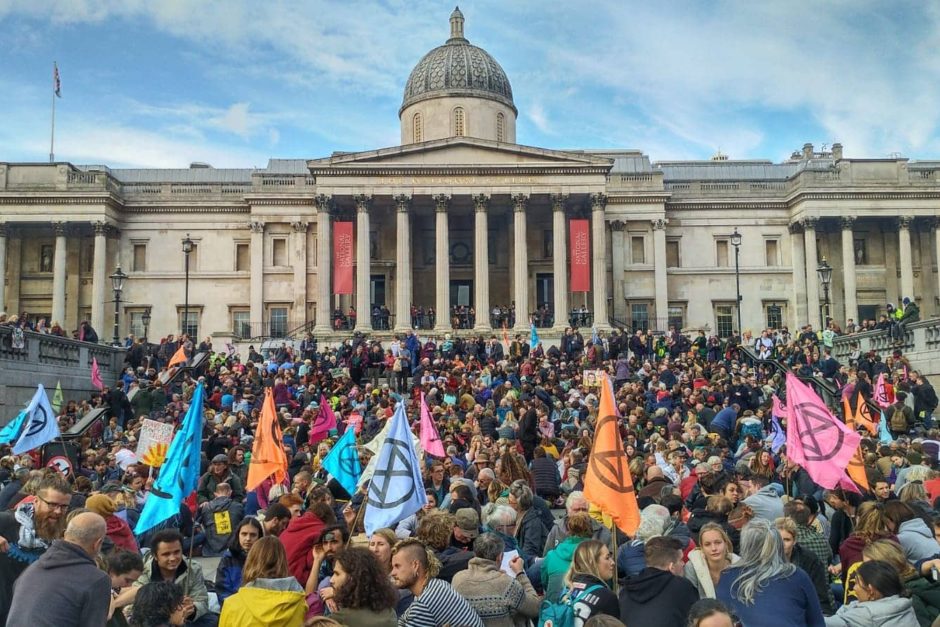 Extinction Rebellion UK on policing costs: £37million for all that we hold dear, bargain!

Total silence from the Government since Parliament’s declaration of an environment and climate emergency in May, against a backdrop of ongoing criminal Government inaction on the climate and ecological emergency for the last 30 years, meant that Extinction Rebellion felt no choice but to take to the streets again this October.

These people – from across all walks of life, of all ages – are the messengers. If you want to target the messengers then so be it, but that doesn’t change the message that needs to be heard.

Former Chief Superintendent and spokesperson for Extinction Rebellion UK Rob Cooper, said: “Perhaps this government should look at how they spend money. According to a report by the European Commission in January our government spends £10.5billion a year subsidising fossil fuels.

“The Prime Minister recently reminded us that when Margaret Thatcher left office 29 years ago, she was aware of the dangers of global warming but the problem was filed in the ‘pending’ tray.

“Since then the problem has been filed in the ‘too difficult to handle’ tray.

“We all have jobs that we feel are too difficult to do. Perhaps now doing the job has become easier than continuing to delay. That is why we are asking the Prime Minister to display bravery, honesty and positive leadership in this decisive moment for humanity.”