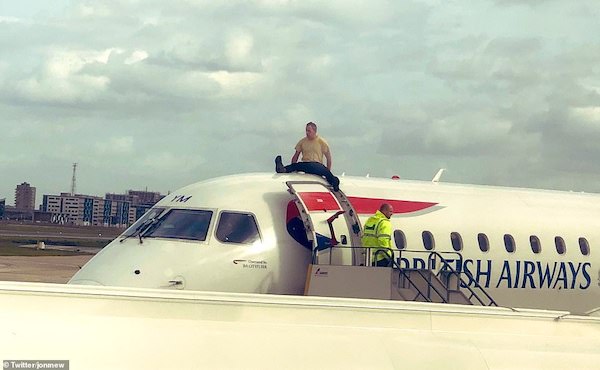 Extinction Rebellion UK: The second album was never going to be easy

Today marks the end of London’s part in this phase of the International Rebellion.

The International Rebellion has attracted attention from across the globe, and the Climate and Ecological Emergency is under the spotlight like never before. [1]

More than 30,000 people chose to come to London in rebellion, and more than 3,000 people around the world were arrested in protest against inaction by their governments to tackle the Emergency.

There are difficult times ahead for Britain and the world. We all face a choice right now, whether we come together or choose division.

Grandparents have been on the streets, mothers breastfeeding their babies at Google, groups from across the country joining together to occupy sites all around Westminster. A praying Rabbi arrested at the Bank of England, a marriage on Westminster Bridge, a pink octopus kettled by police, a moving SOS song from the kids and families. A pink tractor from the farmers, the return of the Red Brigade, a man climbing on top of a plane, Mr. Broccoli, Benedict Cumberbatch, Daisy Lowe and more than 100 other celebs decrying themselves as hypocrites. Backing from more than a thousand scientists, the Emergency Queen’s Speech, writers rebelling, Massive Attack with their mobile sound system. More than 400 MPs picking up trees to plant, a man climbing up Big Ben, more than 20,000 people coming together for a grief march through the streets of London.

And thousands of rebels coming together when Extinction Rebellion protests and assemblies were outlawed in London.

Whatever your view, the rebellion has sparked conversations that weren’t there before.

This Autumn Rebellion has been very different to April, when we first burst forth.

The response of the Government and the authorities meant that many of the visual aspects and therefore the joy of the planned rebellion were not possible.

The confiscation of facilities for people with disabilities meant it was much more difficult to be accessible. The huge range of talks and speakers that were planned could not happen, the hundreds of artists who wanted to partake found it much more challenging. The escalating orders issued by the Police meant that those in more vulnerable situations often could not be present.

All of this and more, meant this could never be the joyful coming together that April was.

But thanks to the ingenuity and creativity of people we were able to adapt successfully and create something new.

This Rebellion was also different because of the increased variety of people and movements from across society joining.

The lawyers, the faith groups, the mothers and babies, the former police officers, the scientists, the muslims, the teachers, the doctors, the electricians, the grandparents, the schoolchildren and youth, the artists, the musicians, the writers. And even the farmers who stood alongside the animal activists.

Today gives us an opportunity to reflect on the raw journey we’ve taken together – both as a movement as well as with the wider public.

The events make clear that everyday lives and the climate and ecological emergency are both important.

As we saw from yesterday in Canning Town, Shadwell and Stratford it is clear we need to learn how to better bridge that gap.

We don’t always get it right.

We know on this journey we will and do make mistakes. Like everyone else, we are all imperfectly perfect human beings who are just as much a part of a system destroying the planet as anyone else.

We know we do things that cause disruption to everyday people’s lives – to make concrete the existential threat we all face – and they are rightly angry when we do this. But many of us are also scared for the future of the planet which we hold so dear.

We still have not brought everyone with us on the issue of the Climate and Ecological Emergency.

Many of the same voices who are marginalised and excluded in society do not see Extinction Rebellion as their movement.

Many are just so worried about just getting by – to them our message seems and is irrelevant. They can no more contemplate or risk arrest than they can take two weeks off work.

Now is the time to make a concerted effort to listen. Whether or not people choose to decide to join us. We don’t wish to force anyone to join Extinction Rebellion. We do care that people find their role and voice in what is to come, with whatever group or in whatever way that is right for them.

The emergency is not separate from everyday life, people on the other side of the world are dying now.

To the government we say: we are still in rebellion and will continue to raise the alarm on the Climate and Ecological Emergency until meaningful action is taken. We urge them to work with us to protect the planet that all of us hold dear, it is time to stop harming and start repairing.

To everyone in the movement, let’s take this moment to ground ourselves, sow the seeds for whatever is to come and take our experience back to the towns and cities in which we live. We also invite you to pause and take care of yourselves after the 12 day rollercoaster on which we have all been.

To Londoners, we are sorry for disrupting you. We don’t do this out of malice, we do it because we are scared and we care. For many of us, this is our home, and we love it too.

[1] Meltwater analysis of Extinction Rebellion’s online media coverage (ie. not including print, TV, radio etc.) from October 5th to this morning (18 October) at 10am:

Time has almost entirely run out to address the ecological crisis which is upon us, including the 6th mass species extinction, global pollution, and abrupt climate change. Societal collapse and mass death are seen as inevitable if rapid action is not taken.