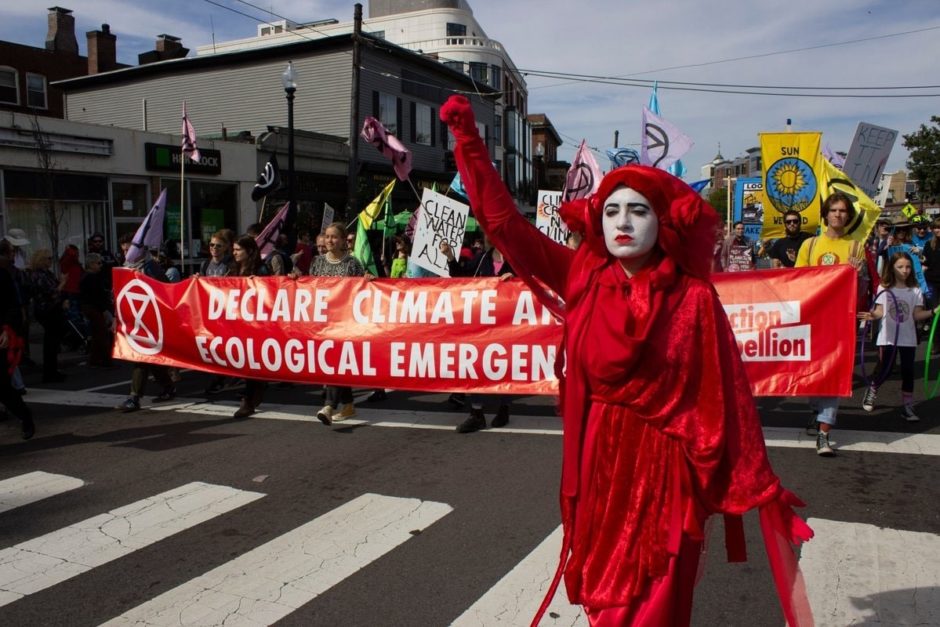 Italian Rebel on day 6 of his hunger strike

Brussels. XR speaking on a panel at the European Parliament on the climate and ecological breakdown.

Credit: The Brussels TimesBrussels. Youth For Climate started a sit-in in the European Parliament on Wednesday, and held out for two days until they received assurance of a pro-climate vote by MEPs

Youth for Climate Belgium did a sit-in in the Europea Parliament “No new commission until it’s a socially justified, climate commission!”

Last night we gathered to sing songs of rebellion and demand climate action and leadership from Governor Newsom.

XRTC dropped banners from the Sabo Bridge in Minneapolis.

Australia. Massive turnout to support delegation of 25 Traditional Owners from the Northern Territories  #NT in Sydney to confront #OriginEnergy over its claims of consent for dirty and dangerous fracking in the Beetaloo basin.

We occupyied @LloydsofLondon in Australia. Along with an #ExtinctionRebellion choir! Lloyds has banned its syndicates from participating in NRA insurance programs. #ClimateChange is deadly. Lloyds MUST ban any provision of insurance to #Adani‘s mine.

Sri Lanka. “When the last tree is cut down, the last fish eaten, and the last stream is poisoned, only then will you realize that you cannot eat money.”

Brussels. XR speaking on a panel at the European Parliament on the climate and ecological breakdown.

Rebel ‘Boris’ climbs the Big Ben calling for a citizen’s assembly on the climate and ecological emergency.

XR Scotland outside the Kenyan High Comission in an action planned with Amnesty and the Sengwer community of Kenya calling for the government to recognise Sengwer ancestral lands rights.

In Glasgow? Heard about XR in the news? Want to know what our demands are and why we are rebelling?

Rebels march between the embassies of the world. The UK is pollution superpower, but other governments are failing in their responsibilities too. We march in solidarity with activists in those places, we support them.

Vaxhaull Pleasure Gardens. A bit patchy but not a speck of rubbish. I wish all our visitors would do the same and put the rubbish in the bins