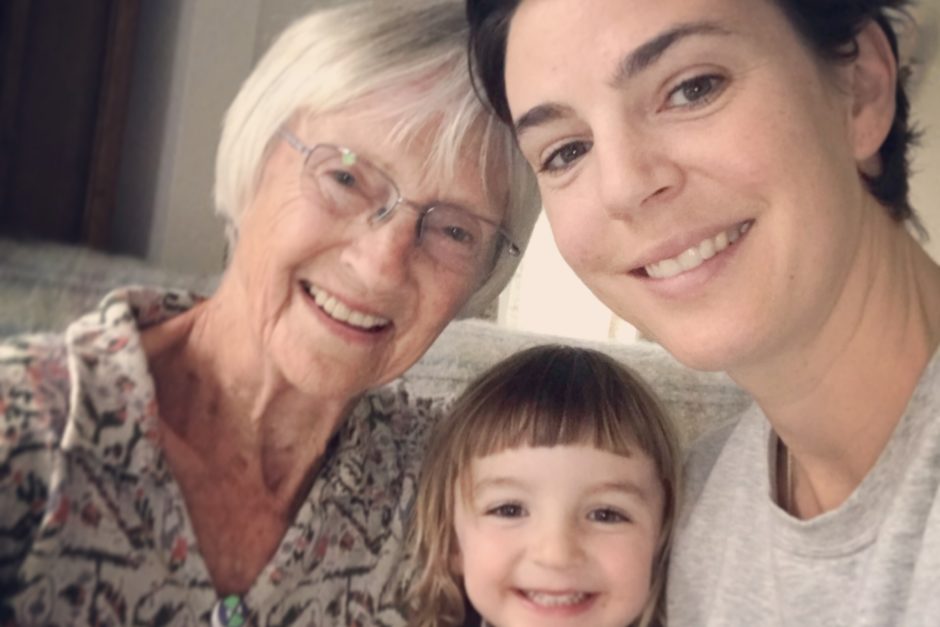 Ursula Pethick, 83: I hope those lives lost in WWII were not in vain

Ursula Pethick, an 83-year old grandmother of five from Sussex, was arrested for the second time last week after gluing herself to the road on Whitehall. Until her first arrest in September she’d never been involved in a protest.

…Only it was not as bad as I had thought. I am an 83 year old grandmother who is profoundly concerned about Climate Change and the loss of eco-diversity. So on Sept 21st I went to Dover to be part of an Extinction Rebellion protest. I have never seen such a police presence and the press had turned out in great numbers. I had become an Ancient Activist.

Do you think I could give a cogent interview when being asked why I was protesting? No! I just babbled. But it’s a learning process and my learning is on a steep curve.

In fact the police were wonderful and, after I had been arrested for breaching Section 14 of the Public Order Act 1968, carried  out their protocols diligently and fairly. It might have been a long time since their detainees were so courteous and appreciative of the work the police do. The highlight of my day was when the Duty Sergeant, who was admitting me, was obliged to ask me if I was pregnant. Not unless a star rose in the east I thought while denying I was in that state and laughing helplessly.

My cell was definitely Spartan but I had access to water, food, tea or coffee with blankets also available and, oh joy, a book to read. I could use a small exercise yard and had privacy for the more personal necessities.

We need as many people as possible to join Extinction Rebellion – if you, like me, are similarly concerned that our Government is virtually ignoring the wisdom of 97% of the world’s Climate Change scientists who state that we face potentially catastrophic Climate Change which could be irreversible. Mass starvation will follow. Mass migration. And total social breakdown.  We need 3.5% of the world’s population to be involved  in order to force all governments to act responsibly so that the Earth we know and love can be saved and future generations have a planet in which to live.

My generation went through the 2nd world war as children. We were used to rationing and a simple life style. We were a lot healthier and there was a wonderful spirit of community. I hope those millions of young people who died for us did not do so for nothing.

Last Wednesday saw me in London’s Whitehall for the October Rebellion. This time I took a different approach, as I had joined another rebel, just a little older than me at 91, who, when we had been arrested together in Dover, had been quietly sitting down on his camp stool drinking tea.

Good idea I thought. So I had taken my camp stool this time and had a thermos of tea with me when I joined him in the road. Rumours flew around and soon we understood that arrest was imminent.

What could possibly go wrong?

Two young women, already glued to the road, patted the ground beside them asking me to join them. Of course. Then a young man offered me some glue and there I was … stuck back down again. That was a very emotional time, as the young women wanted to express their thanks that this old woman wanted to protest for their future as part of a generation who was so profligate with the precious resources of Planet Earth.

Was my life to become unstuck again? Well yes, by the hard working police.

By then I was lying down while the officers unglued me from the road and who then asked me to move. Strangely, I seemed unable to do this so I was arrested again by a young officer and carried off to the holding area by five policemen.

Not in my wildest dreams … but definitely for a great cause.

Then it all became a little more surreal. I was assigned a lovely young policeman to guard me and I soon learned he had twin boys, aged seven months, and were it not for his professionalism on which his job depended, I guessed he would have joined XR.

Not long to wait before being in front of the duty sergeant for admission, who did his best to calm me as I was shaking visibly. Then he ‘phoned my daughter. In all the 16 years of being a duty sergeant, he told her, this is the first time I have ever had an 83 year old arrestee standing before me.

Then he asked my name and looked me up on his computer. Ah – he said – I see you are known to us from Dover. Undeniably true. And after the usual slew of questions as to whether I was drug or alcohol dependent, pregnant or otherwise indisposed I was taken to a cell complete with the all vital book.

Hours passed and with the lack of fresh air I developed a humdinger of a head ache. I read intermittently and when my book was finished I thought I would lie down. It has to be said, the ‘bed’ is rock hard and the pillow harder. But I had a blanket, so made a sort of extra mattress with the top acting as a pillow. Maybe a couple of hours later my cell door was opened and I was back at the front desk. I was to be charged again. I gathered up my possessions and out of the station went I. Two o’clock in the morning.

Things can get better!

And there, in the crisp early morning air, were two young Rebels waiting for me, with a driver. Thank you my young angels. The driver took me to a warm community centre with one remaining mat on the floor. I lay down and thought about how surreal my life had become.

What was I doing in a community centre somewhere in South London, at 2am, having just been discharged from a police cell? I was trying, I reminded myself, to be a tiny cog in a great machine to bring about a total change in the way the world’s people live. Not a lot to ask, and which might give the younger generation a chance to live.

And I stayed with these thoughts until half past five when the young girl in whose care we were, ‘phoned for an Uber taxi, paid for by I may never know who, which took me to Charing Cross and the 6:27 train home and in time for a weekly game of tennis.

Three generations: Ursula is pictured with fellow Dover arrestee Jess and her daughter