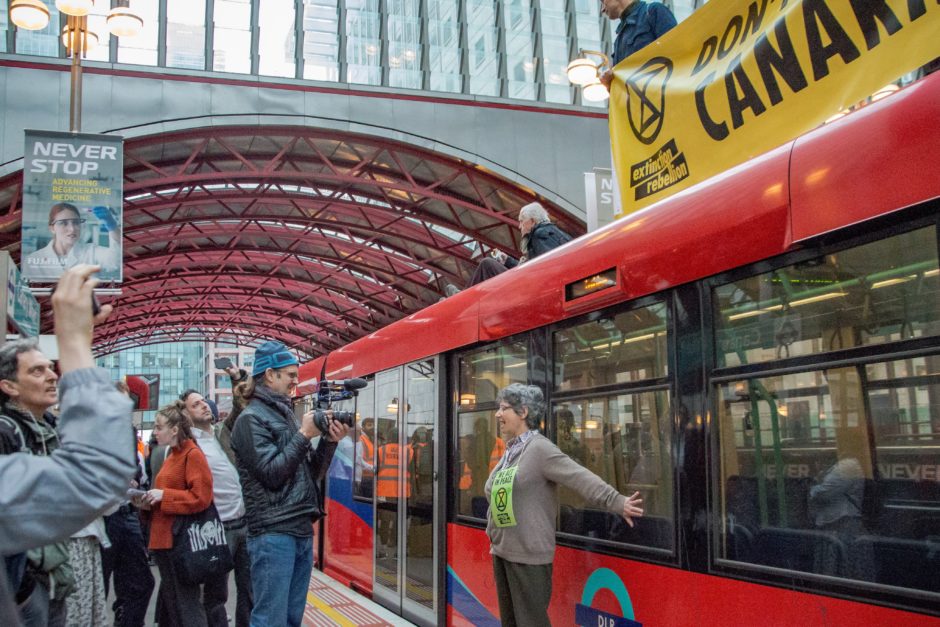 Who are Extinction Rebellion?

Extinction Rebellion (XR) is an international movement that uses nonviolent civil disobedience to achieve radical change in order to minimise the risk of human extinction from the effects of climate change and ecological collapse. The movements is decentralised and operated by autonomous groups. Extinction Rebellion has been supported by Rowan Williams, the former Archbishop of Canterbury, and actors Sir Mark Rylance and Dame Emma Thompson.

From 7-21 October, XR are hosting a peaceful rebellion against the UK government for its inaction on climate breakdown and biodiversity loss.  If the Government fails to meet its members to discuss their Three Demands, XR and its various affiliated groups will build pressure through disruption. On 17 October, several XR affinity groups (autonomous civil disobedience groups) are planning to nonviolently disrupt Tube services to highlight the Climate and Ecological Emergency. We sincerely apologise to all those who may be affected  as a consequence of this disruption. In any other circumstances these groups would never dream of disrupting the Tube but this is an emergency.

Why disrupt the Tube?

As with a labour strike, economic disruption is key in forcing the Government to come to the table and negotiate our demands. XR creates mass disruption to highlight the emergency. Within the movement, there are affinity groups that are prepared to escalate their actions by targeting major infrastructure (e.g Government buildings, airports and public transport). The disruption caused by targeting such infrastructure will rapidly increase the longer it continues.

The planned action also has the important effect of alerting the public to crisis by disrupting their daily lives. The logic here is the same as with shouting “There’s a fire in the house!”- the disruption is necessary to highlight that people are already dying as a result of climate change and to protect lives in the long term. Not just ours, but our children’s and grandchildren’s.

For thirty years we have known that our current system is killing the life support systems of our planet.

Many ways have been tried to raise awareness of the climate and ecological disaster we are now experiencing, and they’ve all failed to generate the necessary amount of action. Recently, XR have even banned from peaceful protest in the streets of London.

This is now an emergency.  The individuals who have committed to this action wish to sound the alarm as loud as they can. Their conscience demands they do something, and they’ve chosen to express this by taking an action that is both non-violent, guaranteed to lead to being jailed and guaranteed to give them a platform to express their profound alarm.  This is disruption with a purpose.

Will it be safe?

The MET Police, British Transport Police and RMT have been told about this action as part of a plan to make sure the actions are carried out peacefully and safely. The actions have been designed to be as safe as possible for both participants, passengers and workers. Participants will peacefully break the law in order to stop the Tube and then will wait to be arrested.

How will this affect you?

We apologise that these actions will disrupt your working day and that further notice was not given for the disruption. You and your work are not the target of this action- addressing the climate crisis will need a massive expansion of our public transport infrastructure. Union workers are important stakeholders in the fight for climate justice and XR UK hopes to build relations with workers going forward.

We request that workers do not intervene in the protests to ensure that they go as smoothly and safely as possible for all involved. As mentioned, participants will wait peacefully to be arrested by the British Transport Police so workers do not need to intervene to stop this process.

Thank you for your understanding.

Please contact xractiondesignoctober@protonmail.com if you have any further questions.