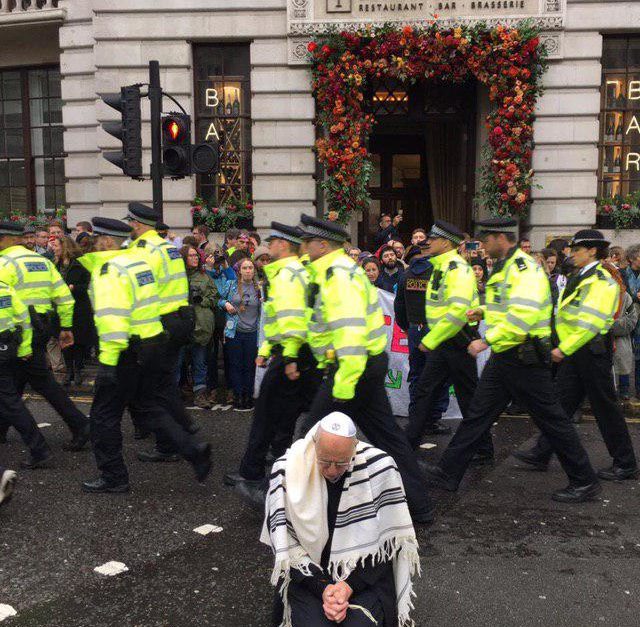 The Climate and Ecological Emergency isn’t going away and we remain resolute in facing it.

We urge the Government and the authorities to join us in doing the same. We cannot do it alone.

This is bigger than all of us.

To rebels, this is a moment to pause and remember why we are here.

Today a Rabbi puts his liberty on the line in service to humanity and the ecosystem we live in by becoming the first ever Rabbi to be arrested in the UK for an act of civil disobedience. Rabbi Jeffrey Newman of the Finchley Reform Synagogue was arrested in Bank, praying, singing and wearing a tallit (traditional fringed prayer shawl) for the first day of the festival Sukkot.

Rabbi Jeffrey Newman said: “It’s impossible, at least for me, to read the Bible of Prophets without recognising how much we’re rooted in the Earth, in social justice, in an awareness of the world around us, and, attempting to give all that we have on its behalf seems to me the highest calling towards God.

“The highest principle is the saving of life, pikuach nefesh, there isn’t anything more that we’re doing here in Extinction Rebellion than being aware that millions, or hundreds of millions of people, already are at threat because of the changing climate, and if you add in future generations then … this is where we have to be. We have to work alongside those who are absolutely dedicated to trying to save life.”