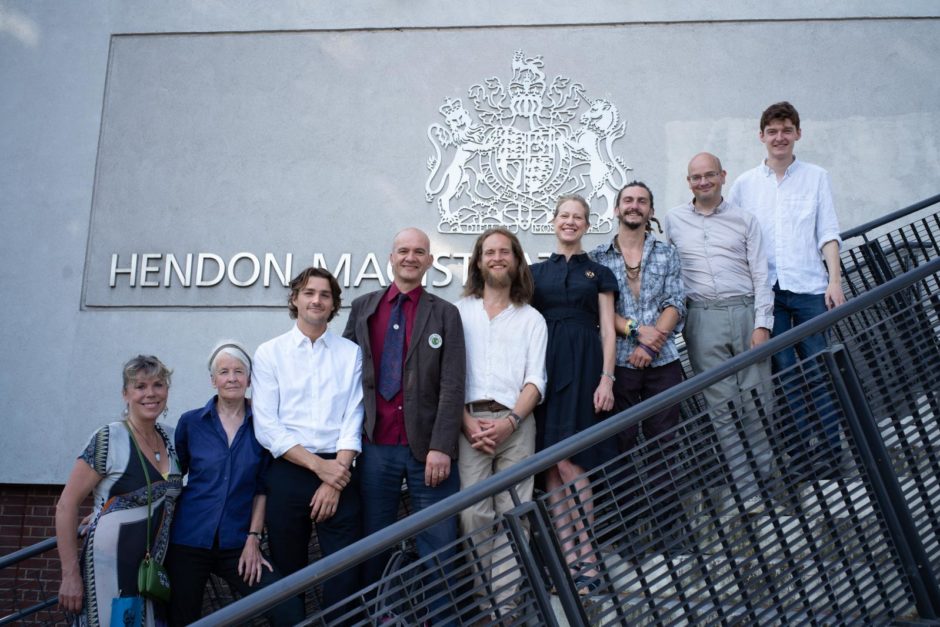 Trials and hearings this week:

Thursday (October 17th), Hendon Magistrates Court, 10am: One trial that started on Wednesday for public order offences during the April Rebellion continues.

Thursday (October 17rd) City of London Magistrates Court, 10am: One new trial begins for five people charged with public order offences during the April Rebellion, including Anna Hope, 44, a writer from East Sussex.

Friday (October 18th), City of London Magistrates Court, 10am: Trial begins for two charged with criminal damage for spray-chalking during a protest in Downing Street on November 18th 2018. Defendants include Extinction Rebellion co-founder Ian Bray, 51, also due to stand trial in Crown Courtfor actions at Shell and on the Docklands Light Railway during the April Rebellion.

Friday (October 18th), City of London Magistrates Court, 10am: One new trial begins for one personcharged with public order offences during the April Rebellion.

All Week: Plea hearings for those charged with offences during the October Rebellionhave been taking place at Westminster Magistrates Court and may continue this week.


For more information, images and interviews with defendants or lawyers, contact Zoë Blackler on 07918 165 046.