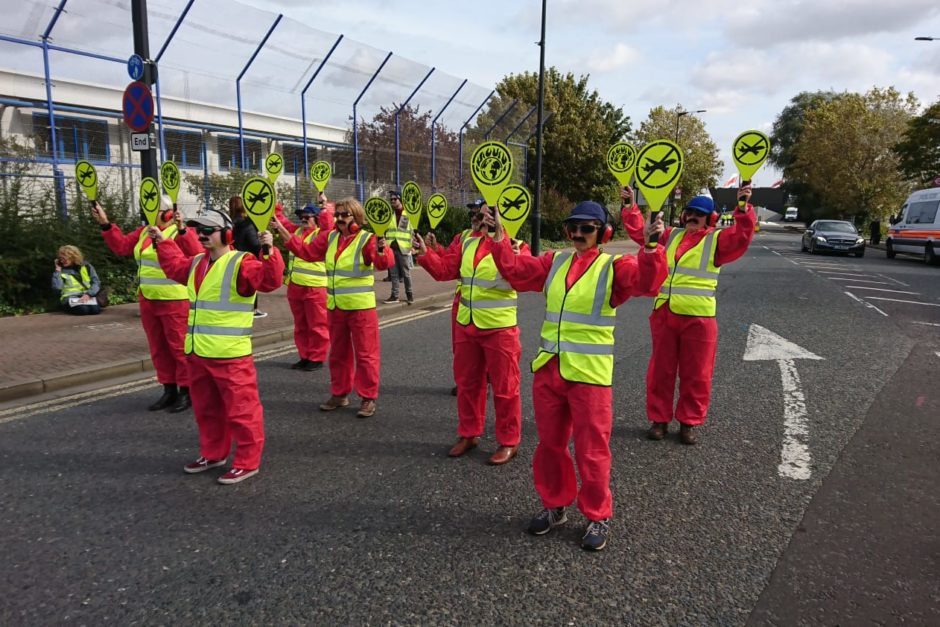 Extinction Rebellion: We are scared

“So kiss me and smile for me
Tell me that you’ll wait for me
Hold me like you’ll never let me go
Cause I’m leavin’ on a jet plane
Don’t know when I’ll be back again
Oh baby, I hate to go”
– John Denver

Available for interview: Tim Benton, one of the UK’s foremost experts on food security can be contacted on 020 7957 5745. He is director of the Energy, Environment and Resources Department at Chatham House and Professor of Population Ecology at Leeds University. From 2011-2016 he was the “champion” of the UK’s Global Food Security programme. He is an author of the IPCC’s Special Report on Food, Land and Climate (2019), and the UK’s Climate Change Risk Assessment.

Extinction Rebellion: We are scared

People have blocked the departure lounge and entrance road, climbed on the terminal roof, and glued themselves to the DLR entrance closing the station. One of them was former Met police detective sergeant, Jon Curran. As we write this statement, former paralympian James Brown is sitting on top of a British Airways plane that is waiting to depart to Amsterdam Sciphol Airport.

Ordinary people today have risked arrest to show how vulnerable we are. Extreme weather due to the emergency is already leading to increased crop failure, food crisis, and social unrest. As these increase, can we trust that the transport infrastructure will cope with the kind of shocks that are coming? We’re talking about the system that keeps us fed and free to travel. Can we trust that we won’t be facing empty supermarket shelves in the near future?

If a few hundred people can create this much disruption, what is global climate and ecological breakdown about to do? We are the early warning system ringing the alarm.

Multiple crop failures due to shrinking water supplies, increasing heatwaves, droughts and floods around the globe are a real possibility in the near-term. Once any part of the system begins to break down, there is no margin of error. Very quickly there will be food shortages, no flights, disrupted water and blackouts.

The Government has no contingency plan for this terrifying and imminent prospect. It doesn’t want us to know that it is totally unprepared. Parliament’s own Environmental Audit Committee last month expressed deep concern about the impact of rises in food prices on the poorest and most vulnerable people in the UK – and the government’s complacency on the issue.

The Emergency is underway around the world and nothing is being done to stop it. Today’s action isn’t about targets in the years 2050 or 2100. It’s about now. We are all living inside a system that is taking us to a catastrophic fate. The question everybody needs to be asking is: when is the Government going to tell the truth about its plan for the emergency?

Extreme weather will tell this truth unless the Government does first.

NB. All elements of our actions today have been conducted safely without risk of danger to members of the public.