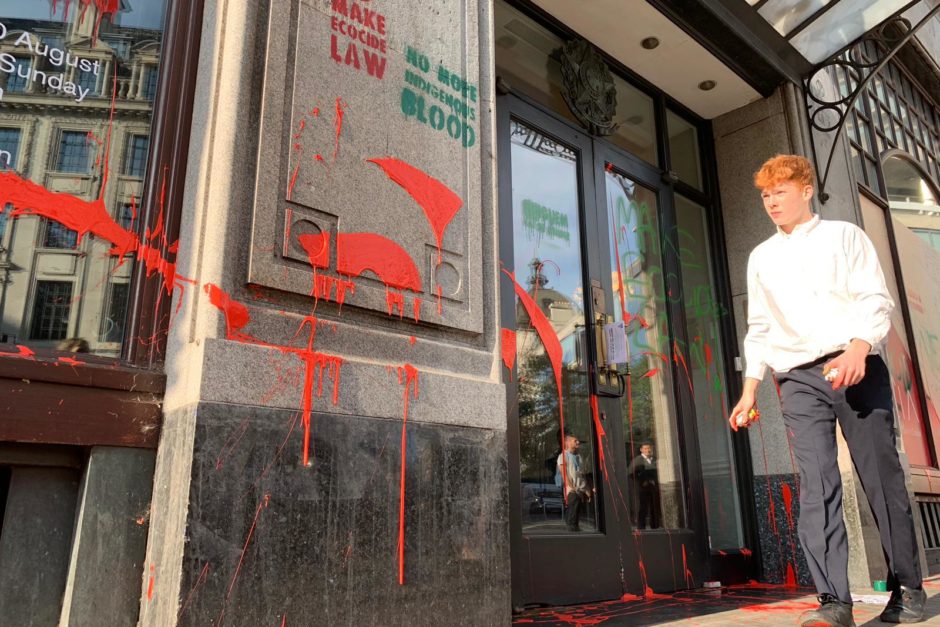 Trials and hearings this week:

Monday (Oct 7th), City of London Magistrates Court: Four on trial for public order offences during the April Rebellion, including Maggie Freegard, 65, a retired GP from St Keverne, Cornwall and Stephen Haynes, 35, a maths and guitar teacher from Bristol.

Wednesday (Oct 9th), City of London Magistrates Court: The Amazonia 6 to attend a preliminary plea hearing at Southwark Crown Court for criminal damage over £5,000 and trespass on diplomatic premises. The charges relate to a peaceful protest against the burning of the Amazon outside the Brazilian Embassy in August. Defendants include Sian Vaughan, 54, a retired primary school headteacher from Pembrokeshire.

Thursday (Oct 3rd) City of London Magistrates Court: Four on trial for for public order offences during the April Rebellion, including Daisy Gibbs, 34, a waitress from St Just, Cornwall.

For more information, images and interviews with defendants or lawyers, contact Zoë Blackler on 07918 165 046.