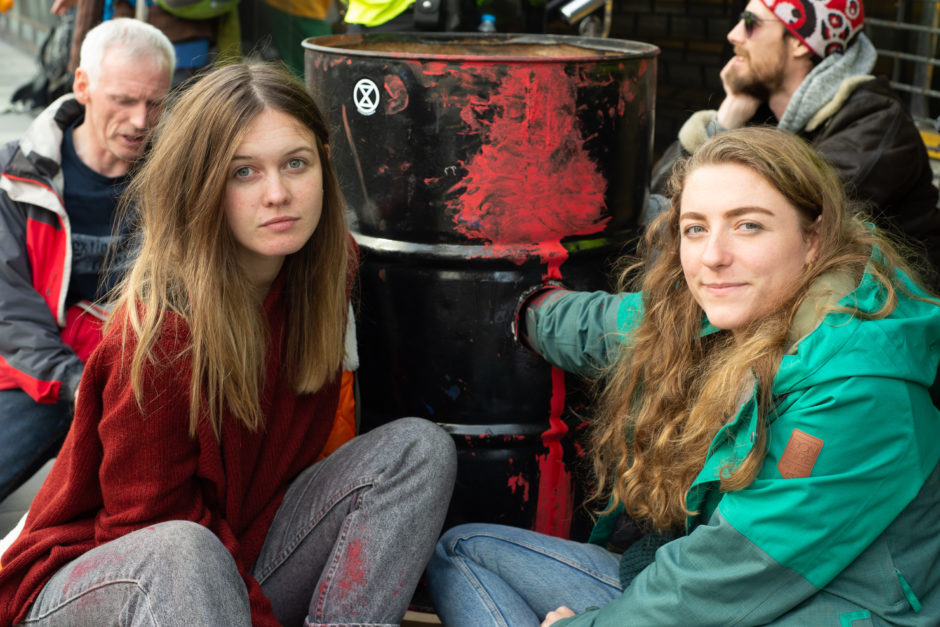 Are you thinking of getting involved in protest actions and wonder what might happen if you are charged with committing a crime?

Today Extinction Rebellion UK releases a new no-nonsense guide to help you understand what to expect when you are arrested and charged, and how having a criminal record might affect you. This guide is particularly relevant if you have taken action before or have other convictions, as this means you are more likely to face remand or sentencing.

This guide explains what action could lead to time in prison, and what the consequences might be, so that you can make an informed decision about what you want or don’t want to get involved with.

The information covers being held on remand in prison and being sentenced to prison after a conviction, for people over 18, and covers the law in England and Wales.

The guide has been produced by legal charity Law for Life with the generous help of a panel of experts and activists, including lawyer, Mike Schwarz, who said:

“Activists’ confrontation with the State is a David and Goliath encounter in so many ways.  This booklet, an essential first step in providing an introduction to the risks of civil disobedience in these critical times, seeks to rectify to the disparity in know-how.

“This introduction to the criminal law and police powers is for novice activists, especially where they risk their freedom.  But they should get full advice as the area is complex and the pitfalls potentially deep and hidden.”

“As many activists know, taking action and going through the court process can be emotionally, physically and financially draining, especially when prison becomes a possibility.

“Extinction Rebellion has exploded onto the world stage and brought with it a huge wave of increased awareness and action for climate. Many new activists are finding themselves on the frontline of protests for the first time, what each of us do is a personal choice. However, I welcome this guide from Extinction Rebellion as an attempt to ensure these choices are more informed and considered ones.“

Robin Boardman, 21, one of the cofounders of Extinction Rebellion, said:

“Over the rebellion, we must act with our consciences – to protect life from the apocalyptic future we face. To act accordingly to the truth, means disrupting business as usual to prevent a greater crime – the destruction of our ecosystems.

“For some, this means sitting in the road, for others it might mean disrupting major infrastructure such as City Airport or buildings, tubes and motorways. It is the disruption which focuses the national conversation on the issue at hand. Whatever a rebel’s role in the rebellion, they should be informed and respected for their decision.”

Advicenow is an independent, not-for-profit website, run by the charity Law for Life: the Foundation for Public Legal Education.

We believe that everybody should be able to find clear and effective information to help them deal with life’s legal problems.

Advicenow provides accurate, practical self-help guides, tools and film on rights and the law in England and Wales and draws together the best information about the law and rights available.

In 2017 we won both the Access to Justice through IT Award at Legal Aid Lawyer of the Year, and a Plain English Campaign award. In 2018, we were shortlisted for the BIMA Awards, Product and Service Design: Conscience category. For more information visit our website www.advicenow.org.uk or contact us directly here.