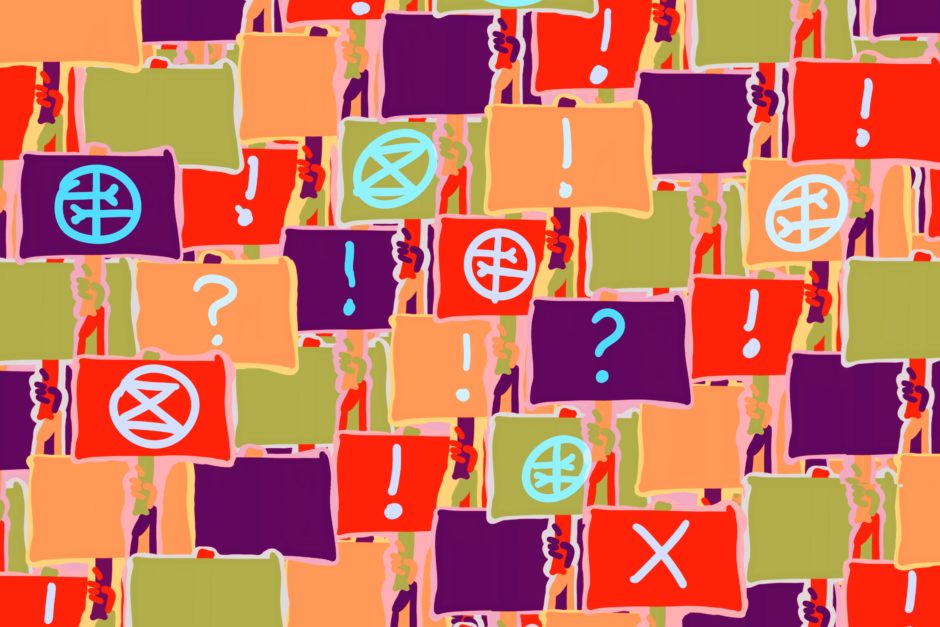 Although an understanding of institutional bias is built into the guiding principles of Extinction Rebellion, we regret that it has not been given the attention that it deserves. Systematic issues of bias mean that there is often a higher barrier to engagement with Extinction Rebellion’s direct action tactics as someone from an oppressed demographic. Whilst tactics of nonviolent direct action if isolated do not discriminate, when employed within a system which does, they can become a conduit of that discrimination. If we are to continue using these tactics then we have a duty to address the systemic issues causing that discrimination.

Laying out the problem

For people who want to do something about the climate and ecological crisis XR presents an opportunity to take positive action against inactive governments, and the most visible element of that positive action is peaceful protest.

XR conducts ‘actions’ rather than traditional protests. These actions are often unauthorised in order to create disruption which demands attention from governments.

XR’s actions pivot on the use of arrest. The process of arrest, courts, and sentencing, comes with a level of risk to the person. Unfortunately that level of risk varies depending on a number of identity factors.

People of minority, marginalised, or oppressed communities can often be subject to harsher experiences of arrest and sentencing, and more restrictive effects on consequent livelihood. The Lammy review provides an in-depth analysis of this injustice as it relates to black, Asian, and minority ethnicity individuals within the justice system.

XR’s actions did in April, and will again in October, create a situation which clearly demonstrates this disparity in treatment from authorities. After the April rebellion XR received a number of well-levelled criticisms for what appeared to be a lack of consideration of these issues, including those from Galdem, and Red Pepper.

These are particularly intricate issues to address, however, because XR has not set out to create them, and has always stood with the intention of inclusivity. The complexity comes because we did not create the root problem, but have instead created a situation which brings the extent of the disparity in authorities’ treatment into clarity.

XR have a duty to recognise that the overall peaceful nature of our protests has occurred in part as a symptom of the same institutional biases which target oppressed demographics, because the vast majority of people involved in the UK protests have been of demographics which rarely experience this bias or discrimination.

If XR continues to engage in protest of this kind we must also use our platform to tackle bias.

Discrimination is a reality of the society we live in. It is our collective responsibility to address it structurally and within the movement. We must come together with other groups addressing the discrimination that makes taking part in direct action protest riskier for some than others. It is also our responsibility to recognise where we have made mistakes. Mistakes can be very useful learning tools – they often reveal deeper issues and in doing so give the opportunity to explore those issues and address them head-on.

It is the same open-handed approach which has allowed XR to participate heavily and swiftly in impacting public perception of the climate crisis, which XR needs to turn inwards, and outwards, to address urgent issues of identity bias.

The work of XR Liberation

The next steps are:

We would like to hear from anyone who has experienced or witnessed oppression or bias related to XR actions, whether that is regarding:

This will help us gain a better picture of what the issues are and how they might be addressed. If you would like to share an experience please email: liberation@rebellion.earth