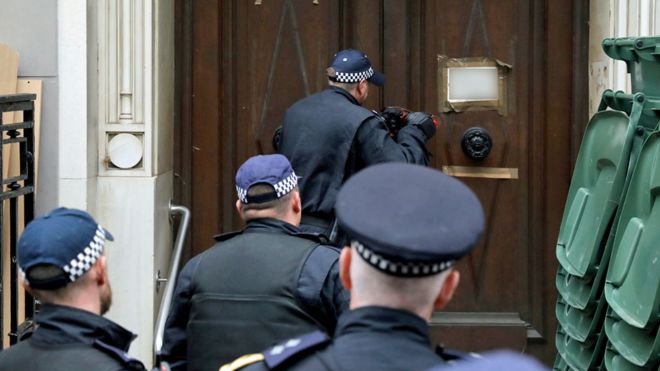 Extinction Rebellion: The Emergency isn’t going away. Neither are we

Today the Government ordered police to seize tents, toilets and disabled access equipment – the very things that would make the International Rebellion in London safe, clean and accessible to all.

Our lawyers advise that any attempt to remove essential well being-facilities, including first aid kits and essential sanitation, would be an abuse of police powers and an unlawful attempt to frustrate the exercise of the fundamental rights of freedom of assembly and freedom of expression.

9 people have so far been arrested on conspiracy to cause a public nuisance and conspiracy to obstruct the highway. The goods and 6 vehicles were secured by force from a warehouse in South London.

This escalation of pre-emptive tactics by the Government and police is a sign that we are being heard and acknowledged as a significant movement. We ask that the Government focus their attention and resources on responding to the Climate and Ecological Emergency which threatens us all.

The Government can take our structures, but we remain resolute in our preparation for the Rebellion. We call for rebels to remain adaptable, creative and joyful whatever we are presented with.

If anyone would like to help us replace the equipment that was taken, please bring what you can so that our Rebellion can remain safe and open to everyone. For any items that require support to get to London please email lastminuterebellionoffers@protonmail.com. We need:

The Emergency isn’t going away, and neither are we. We remain deeply committed to our aims.

No matter what the Government does we still have:

This is all we need to be engaged in successful, peaceful mass civil disobedience.

Tomorrow on the eve of the Rebellion, up to 900 people are expected to arrive in London’s Hyde Park by coach in preparation to risk their freedom for our future. They are fathers, mothers, sisters and grandparents motivated by fear, love and duty – they will remain day after day until the government responds to Extinction Rebellion’s demands for truth, action and democracy fit for purpose. For more information on those that have been arrested see the new arrestees page on the website.

At least a thousand people are expected to gather in Marble Arch to mark the beginning of the International Rebellion. Come dressed for ceremony, whatever this means for you. Bring a lantern and a small symbol of harvest.

And don’t forget, the International Rebellion continues 10am Monday 7 October – see you in Westminster.