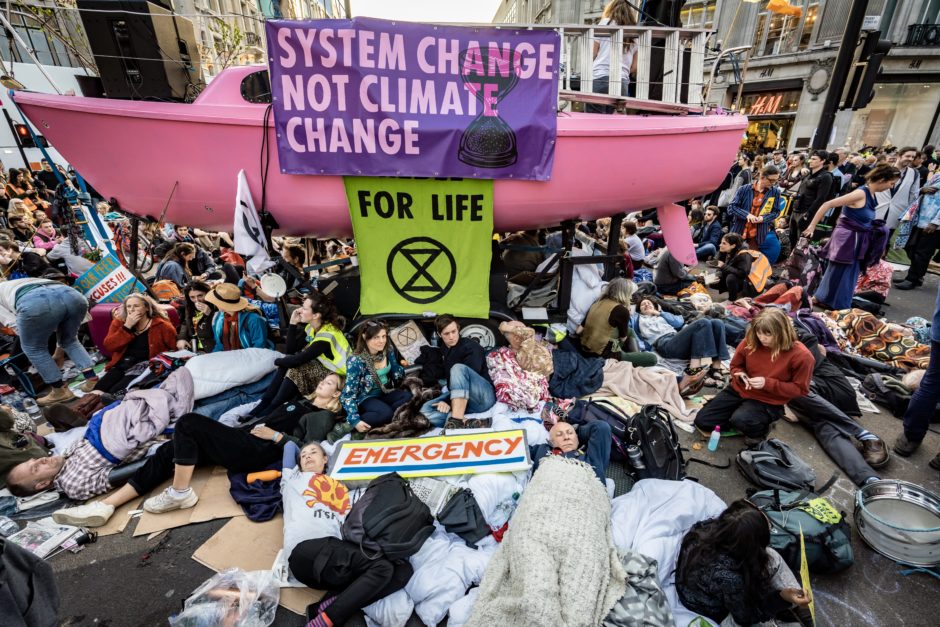 ‘We really don’t have time to fanny around any more. We all need to get with the project and the project is Extinction Rebellion.’ – Irvine Welsh

Forty top UK writers – under the name ‘Writers Rebel’ – are uniting with Extinction Rebellion on 11th October in a unique literary event to demand radical action on the accelerating climate and ecological crisis as part of Extinction Rebellion’s International Rebellion. The event will take the form of a marathon reading in Trafalgar Square at 5pm until 9pm. In the spirit of a people’s movement, published writers will each read for no more than 5 minutes to support the rebellion.

A podcast to mark the event will include interviews with Jonathan Franzen and Margaret Atwood and will be released in the week before the event. [2]

TS Eliot poetry prize winner David Harsent said: “The planet and all life on it is at risk. I am appearing at this Extinction Rebellion event for my children and my grandchildren – in fact, for all children and grandchildren, not least those of the climate crisis deniers.”

Novelist Liz Jensen from Writers Rebel said: “We’re delighted but not surprised by the overwhelmingly positive response. Writers have always played a vital role in times of change. At this critical point in the history of the planet, the truth needs telling in ways that spur people not just to listen, but to act.”

“I grew up in Mexico City, once identified by the United Nations as the most polluted city on Earth,” said Mexican novelist Chloe Aridjis. “Birds dropped dead from the sky and school classes were cancelled for an entire month. Now, the battle has become global. Every national disaster speaks to others. We can no longer ignore the fact that the natural world can survive without humans, but there is no way we will survive without the natural world.”

Activists will be taking to the streets in over 60 countries from 7th October 2019 to demand governments tell the truth and act urgently on Climate change.  Many ordinary people from all walks of life will join the cause. This follows record numbers on the streets across the world  the Strike for Climate last week.

Extinction Rebellion is an initiative of the Rising Up! network, which promotes a fundamental change of our political and economic system to one which maximises well-being and minimises harm. Change needs to be nurtured in a culture of reverence, gratitude and inclusion while the tools of civil disobedience and direct action are used to express our collective power.​