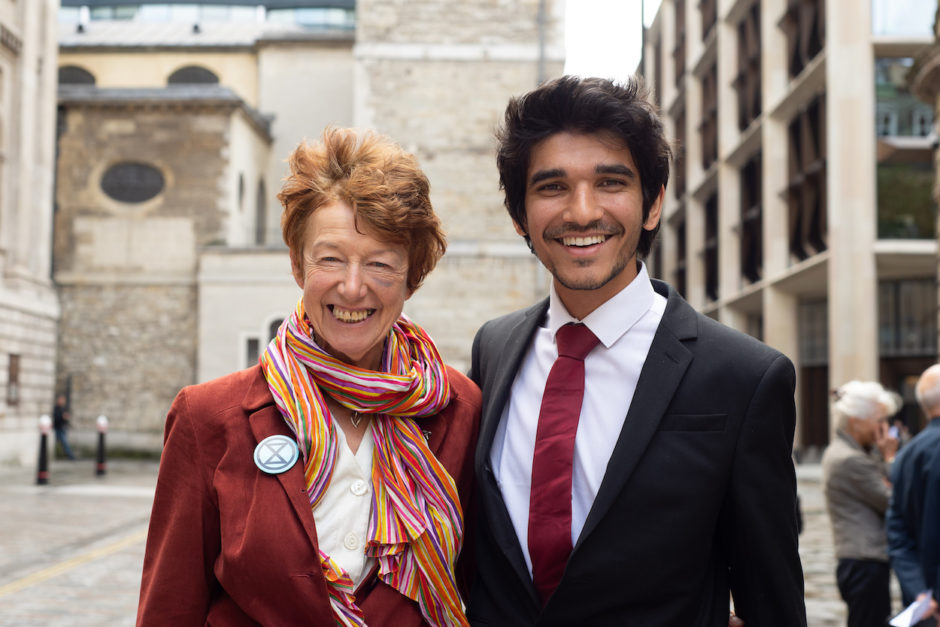 Louis, 25, from Sheffield: One of Five Arrestees Featured in Today’s Guardian

The Guardian published a couple of pieces today: A news piece about all the trials that have started along with a series of mini-profiles of five of our defendants.

Louis told the Guardian: “I thought I knew what climate change was – it was one of the things alongside, say, homelessness and poverty that we needed to tackle urgently. But as I began to read these academic papers, which calmly and without emotion described what 3C warming would look like, what would happen to people and entire ecosystems, I could not believe it. It left me with a calm sort of panic and everything changed.

“It realigned all my priorities and focus in life … I realised that if we don’t solve this crisis nothing else – global poverty and inequality – can be meaningfully addressed.”

When we met him at City of London Magistrates Court, Louis told us the reason he decided to be arrested in April:

“During my time in XR I have met so many people who are changing their lives, not only in terms of the way they live, and consume and eat. But also even the direction of their careers. I know medical students who are wondering if it’s worth becoming a doctor or whether they should go into climate related stuff. And that’s been incredibly inspiring for me.

“I think the idea of being arrested has been put in the context for me of other past, non-violent direct action movements, where people have been arrested. I started reading a lot of the literature including Roger Hallam’s “Common Sense for the 21stCentury”. I found that very appealing.

“I love the fact that Extinction Rebellion has the principle of learning, from the past and from itself, and that it trials things. And when it came to the build up to April, I was also speaking to other people, some of who had been arrested in November. I decided that I would consider it and that it was something that was worth doing.

“I’ve always looked back at say the civil rights movement in America and thought, who were the people who were aware that this was going on and left it to other people. And once I had that thought I found it very difficult to justify not being a part of this. Because it’s very tempting to say, I’m starting a PhD, I have more to loose than other people. But in fact, I feel like I’m privileged enough to be starting a Phd. I’m in a position of privilege and it should be me that gets arrested not people who have more to lose.“

Also featured in the Guardian article are: Kathryn Shipp, 55, a teacher from London, Robert Possnett, 58, a former paratrooper from Bury St Edmunds, Zoe Lafferty, 33, a theatre director from London and Doro Marden, 71, a retired adult education trainer from London.

The photograph is by Helena Smith.