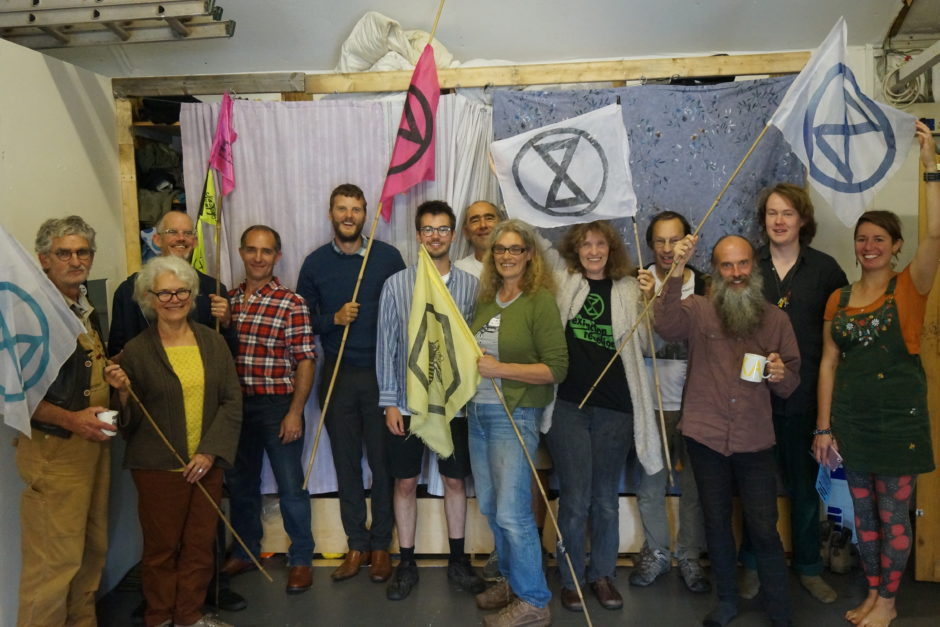 An unlikely alliance has been announced today, which will see animal farmers, animal activists, doctors, scientists, faith, global justice & peace groups take to the streets of London in October and demand immediate action on the climate and ecological emergency.

The groups are finding common ground with Extinction Rebellion to form what is affectionately known as “the Rebel Alliance”. The arrangement will culminate in the Alliance joining the International Rebellion from 7 October 2019, in solidarity with similar actions taking place across the globe. The Alliance is calling for other groups to come forward urgently and put aside their differences as preparations begin for October.

The UK actions have been organised in the face of the government failing to act on the climate and ecological emergency declared by Parliament on 1 May 2019. Despite an initial willingness by government, none of Extinction Rebellion’s three demands have been meaningfully addressed.

“We acknowledge the urgent need to act in the face of the climate and ecological emergency. We have to overcome our differences, and work together to get the truth told, make the government respond and take action that addresses the gravity of the crisis.

“Farmers have a crucial role to play in countering the impacts of climate breakdown and building an equitable productive system that produces healthy and affordable food for all, builds biodiversity and creates resilience in an ever more precarious world.

“Regenerative and agroecological farming can provide tried and testing solutions that reduce dependence on fossil fuels and work with nature to nurture the life support systems upon which we all depend.

“All ways forward must be considered as we rise up together, and do all in our power to reduce mankind’s devastating impact on our planet.

“Farmers are mobilising. We can be part of the solution.”

Dan Kidby, one of the activists working to bring hundreds of animal rights groups together under the banner “Animal Rebellion”, said:

“Animal Rebellion is a movement of people from all walks of life who have come together because the evidence is clear: a transition to a plant-based food system is critical to avert climate breakdown and mass extinction.

“We recognise that others don’t fully agree with our vision. We also know that the only way we can ever be powerful enough to transform our society is if we all can set our differences aside, find common ground on which to stand together in mutual love and respect, and make unified demands of government.

“Our very survival depends upon this. We must build a mass movement powerful enough to force the government to tackle the climate and ecological emergency. No group or organisation can do this alone.

“We have a duty to sit down with those we disagree with (for us that’s animal farmers) and find ways to work together. We will always stand up for all animals, and work alongside those who demand the government tells the truth about the crises we face.”

“April saw unprecedented numbers of people willing to be arrested in the name of protecting our planet for future generations. Since then our movement has grown immeasurably and this time it won’t just be us taking to the streets. This time we will be bringing our friends and our allies: doctors; farmers; academics; international solidarity communities; disability groups; faith communities; those standing up for animal life.

“These are people from all communities and all walks of life, rising together, willing to get arrested, willing to go to prison, rather than stand by and do nothing in the face of the ultimate crime against humanity and life on earth. This is now a movement of movements and an “alliance of science”, for we have science and truth on our side.

“The time has come to step forward together, only a mass movement of movements willing to take nonviolent, disruptive direct action can direct us away from disaster. This is a rebellion in support of the most basic of universal values – the right to resist extinction, the right to life.”

“As doctors it’s our professional duty to sound the alarm and act on threats to public health.

“The climate and ecological emergency is the most catastrophic threat to health that humans have ever faced. As carbon emissions continue to go unchecked, billions across the globe face deadly consequences from extreme weather events, pandemics, and premature death from cardiovascular and respiratory diseases.

“We can’t prescribe medication for climate change. In the absence of a meaningful international governmental response, unfortunately the only option left available to us is to directly exercise our democratic responsibility: that’s why we’re joining this movement of movements this October.”

The time has come to step forward together. Only a mass movement of movements willing to take nonviolent, disruptive direct action can alter our trajectory towards mass extinction. The doctors, farmers, academics, grandparents and children rising together to stand united in resistance to extinction: our rebel alliance for truth, democracy and for life.